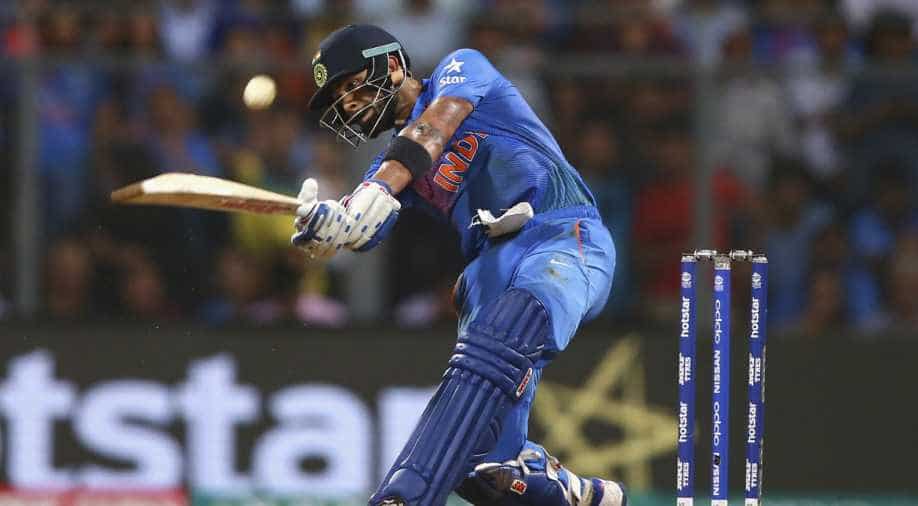 Star batsman Virat Kohli smashed a massive double century before England slumped to 182-6 at stumps on day four as India closed in on victory in the fourth Test Sunday.

Captain Kohli struck 235 runs for his third double ton of the year and Jayant Yadav scored a maiden Test century to fire India to a huge first innings score of 631.

England, trailing by 231 runs, and already facing a mountain to climb to win the Test and salvage the series, then endured a nightmare start to their second innings in Mumbai.

The visitors lost a trio of quick wickets in just 13.2 overs to sit at 49-3 at tea as they started to stare defeat in the face at the Wankhede Stadium.

Keaton Jennings, who scored a century on his Test debut in the first innings, went for a golden duck, out lbw off Indian medium pace bowler Bhuvneshwar Kumar.

Moeen Ali then lasted only three balls without score as Jadeja grabbed a second quick wicket thanks to the safe hands of Murali Vijay.

Joe Root and Jonny Bairstow did their best to make a contest of it by putting on a fourth wicket partnership of 92 before the former was bowled lbw by Yadav for 77 runs.

Ben Stokes came and went for 18 while Bairstow was unbeaten on 50 at stumps.

India's talismanic Kohli had earlier blasted a double century that included 25 fours and one six during his 340-ball stay.

It marked his third double century of 2016 in what has been a sensational and record-breaking year for the Indian skipper.

The 28-year-old put on a massive 241-run partnership with Yadav as England failed to take any wickets during the morning session.

Kohli removed his helmet and raised his bat to the adoring crowd as he brought up his double ton with a single off his 302nd ball of the match.

The right-hander has been the standout batsman of the year, scoring a double century against the West Indies in July before repeating the feat against New Zealand in October.

He was eventually caught out by James Anderson from Chris Woakes.

England, who scored 400 in their first innings, must win to keep the series alive going into the fifth Test in Chennai, a feat that now looks all but impossible.