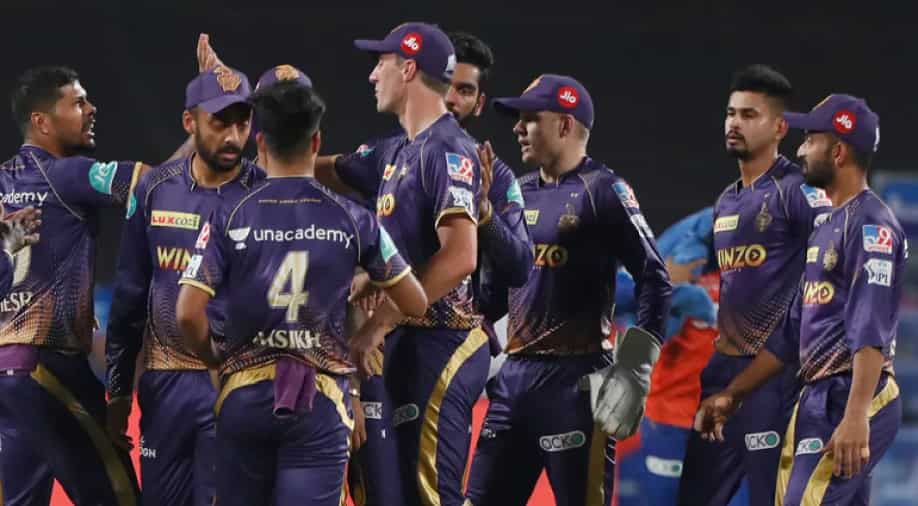 Kolkata Knight Riders will take on Delhi Capitals in IPL 2022 on Sunday. Photograph:( Others )

Kolkata Knight Riders (KKR) will be looking to continue their winning run in the ongoing IPL 2022 when they lock horns with Delhi Capitals at the Brabourne Stadium in Mumbai on Sunday (April 10). Here is our prediction for the game.

Kolkata Knight Riders (KKR) will be looking to continue their winning run in the ongoing Indian Premier League (IPL) 2022 when they take on Delhi Capitals (DC) in their fifth game of the season at the Brabourne Stadium in Mumbai on Sunday (April 10). KKR have won three out of their first four games this season and are currently sitting on top of the points table with 6 points.

Delhi Capitals had got their campaign off to a flyer with a 4-wicket win against five-time champions Mumbai Indians in their opening game before slipping to back-to-back defeats in their last two matches. DC lost a bit of steam in their last two outings and will be looking to bounce back to winning ways.

Iyer will be up against his former side DC for the first time as captain of his new team KKR. Iyer's first captaincy stint in the IPL came with DC in 208 when he replaced Gautam Gambhir as the skipper midway through the season. He led DC to their maiden final appearance in the year 2020 before being replaced by Pant as captain last year.

While KKR defeated Mumbai Indians comfortably by 5 wickets in their last game, their performance with the bat remains under the scanner as the likes of Ajinkya Rahane, skipper Iyer and Sam Billings are yet to notch up a big knock. For DC, their pace attack has been a huge concern.

Though South African speedster Anrich Nortje returned for DC in their last game against Lucknow Super Giants, he was taken to the cleaners by his countrymate Quinton de Kock and couldn't even complete three overs in his spell after conceding 35 off just 2.2 overs.

Both Shreyas Iyer and Kuldeep Yadav will have a point to prove against their respective former teams when KKR take on DC at the Brabourne Stadium on Sunday. While KKR have momentum on their side, they still lack balance in their batting line-up and DC will look to exploit that in what is a crucial encounter for them. Rishabh Pant & Co. might topple KKR in today's encounter.