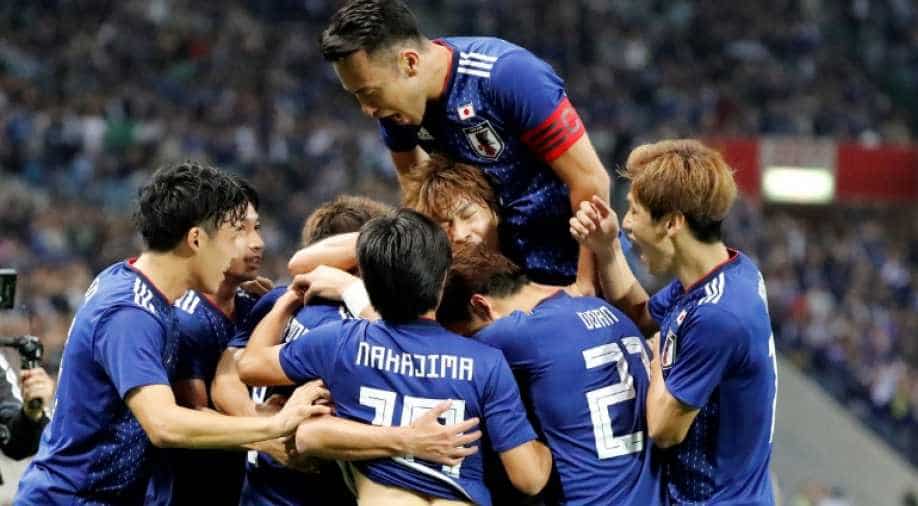 Uruguay lacked fluidity throughout the first-half, leaving striker Edinson Cavani isolated up front without his strike partner Luis Suarez, who missed this match because his wife is due to give birth.

Japan made it three wins out of three under new coach Hajime Moriyasu with a thrilling 4-3 victory over Uruguay in a friendly on Tuesday night in Saitama.

Inspired by 24-year-old playmaker Shoya Nakajima and forward Takumi Minamino, who finished the night with a brace, Japan stunned Oscar Tabarez’s side, who are ranked fifth in the world.

Japan, ranked 54th, continued on from their 3-0 victory over Panama on Friday with a vibrant attacking display involving many of the younger players Moriyasu has brought in since taking over after the 2018 World Cup.

Starting with Minamino, 23, Ritsu Doan, 20, and Nakajima as three attacking midfielders behind Yuya Osako, Japan played a brand of football that Uruguay struggled to cope with.

The trio only had nine caps between them coming into the night. But Salzburg’s Minamino started the scoring after 10 minutes, wriggling past Uruguay captain Diego Godin with a clever turn and drilling his shot into the top corner past keeper Fernando Muslera.

Uruguay lacked fluidity throughout the first-half, leaving striker Edinson Cavani isolated up front without his strike partner Luis Suarez, who missed this match because his wife is due to give birth.

Their best chances came from set-pieces and after Japan goalkeeper Masaaki Higashiguchi had saved well once from Godin’s header, it was PSV Eindhoven’s Gaston Pereiro who scored following another floated Uruguay free kick on 28 minutes.

Japan reclaimed the lead less than 10 minutes later after Nakajima’s shot was parried into the path of Yuya Osako. The Werder Bremen forward had been largely wasteful until that point but buried his finish to give Japan a 2-1 lead heading into the break.

Uruguay equalized for a second time when Cavani took advantage of a misguided back pass from Japan defender Genta Miura to round Higashiguchi and score his 46th goal for his country on 57 minutes.

However, Japan roared back just two minutes later through 20-year-old Ritsu Doan’s neat finish before Minamino claimed his second from another Muslera rebound.

The goal was his fourth in just five appearances for Japan.

The drama was not over, however, as Uruguay substitute Jonathan Rodriguez pulled a goal back on 75 minutes to set up a nervy finish for Moriyasu’s team.

However, the Japanese held on in front of an exuberant home crowd to keep up their 100 percent record under Moriyasu and hand Uruguay their second loss on the bounce, following a 2-1 defeat in South Korea on Friday.

Premier League: After win against Wolves, Guardiola says Man City squad is stretched to its limit