'It's not hugely disappointing, fate is in our own hands,' says Eoin Morgan after losing to Australia 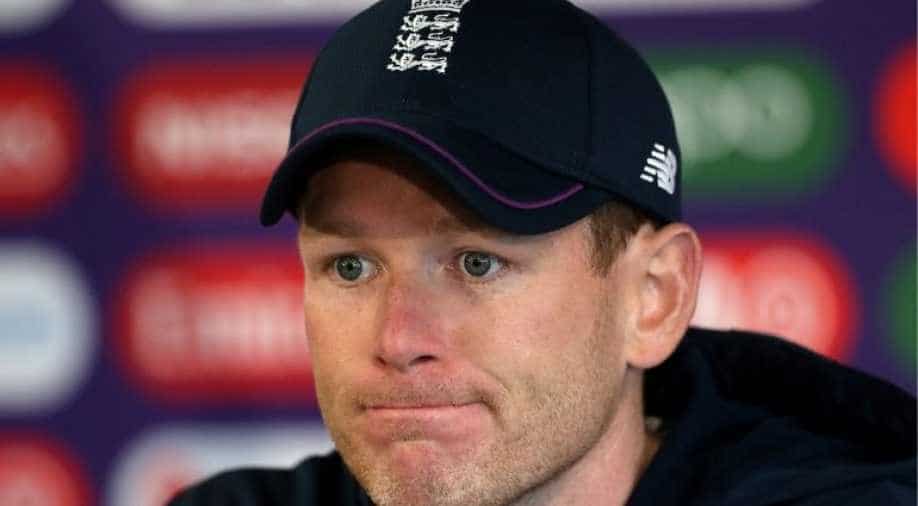 England skipper Eoin Morgan said that his side was outplayed by the defending champions in the Match 32 of Cricket World Cup 2019 on Tuesday.

Aaron Finch-led Australia became the first team in the ongoing edition of World Cup to enter the semi-finals after defeating World Cup favourites England by 64 runs.

Although, he also added that it is not hugely disappointing and the fate is in their own hands.

Ben Stokes top-scored for England with 89 but the hosts never seriously threatened to get close to their target.

"A lot of today, we were outplayed," said Morgan while speaking during the post-match presentation. Now, the hosts are in serious danger of failing to reach the last four.

"Little bit unlucky as Australia played and missed a lot. They built a fantastic partnership. Wicket got a little bit better, but still challenging," he added. 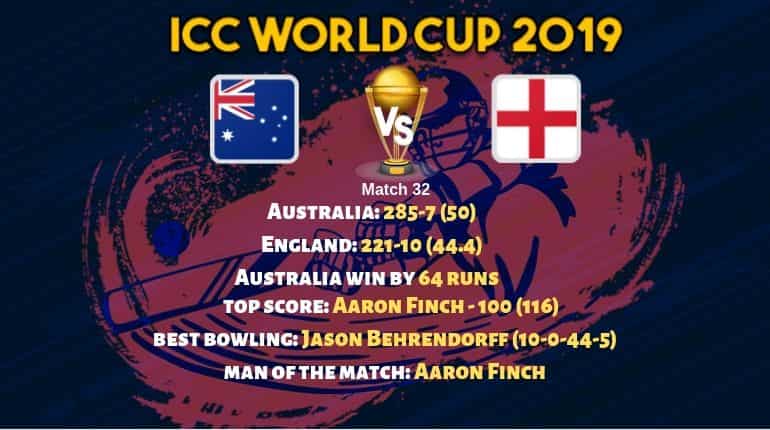 "Choosing to bat would've been a horrific decision. Finch played really well, capitalized on the start he got," Morgan defended his decision of opting to bowl first.

"Given the circumstances, it's not hugely disappointing. Our fate is in our own hands. Everything we need to turn around is simple. Won't search for anything that's not there," said Morgan.

Australia's sixth win in seven games took the defending champions into the semi-finals while England have now lost three matches and may need to beat India and New Zealand to make the last four.