'It feels really unbelievable,' says Kiki Bertens after moving up to 4th spot in world rankings 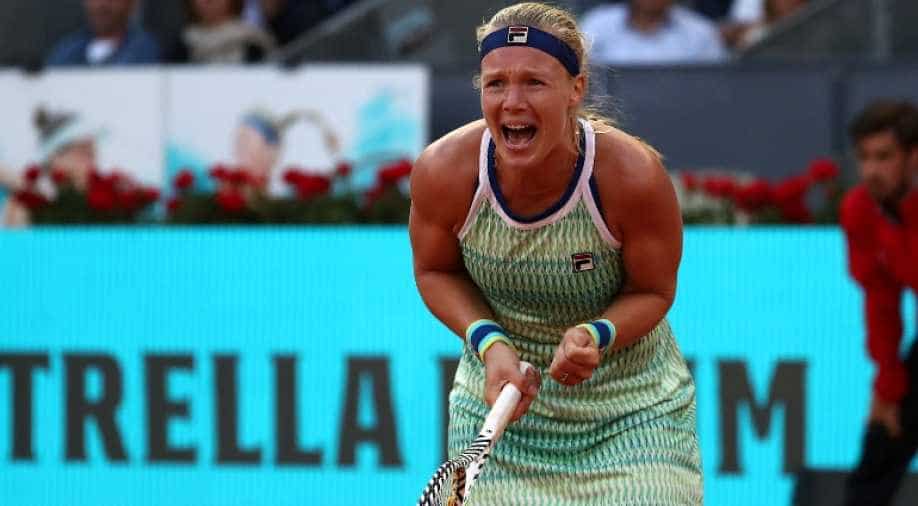 Kiki Bertens moved up to the fourth spot in WTA ranking after defeating the former world number one Simona Halep in the final of Madrid Open on Saturday.

Bertens needed 1 hour and 28 minutes to beat Halep 6-4, 6-4 in order to win the trophy in the Spanish capital.

She also became the first woman to win the championship with dropping a set.

After winning, Bertens said, "It feels unbelievable. I am just really happy right now that I was able to win the match today after last year's final. I think that helped me a lot to be on the court a little bit more confident and I felt good today."

That was the second time Bertens beat Halep in a WTA final following her at the Western & Southern Open in the USA in August 2018.

On achieving career's best ranking, Bertens said, "It feels really unbelievable. My best ranking after the winning this tournament. The biggest title of my career. The highest ranking ever a Dutch woman has achieved so I am just really proud of that."

"At the beginning, I was a little bit searching for my game still, but I think the rest of the match I played really solid, really smart," Bertens told a news conference.

"Maybe a little bit lucky like on the 4-3 game when I hit the ball in the fence and it hit her but sometimes you need a little luck. I'm just happy how I was able to finish the match," she added.