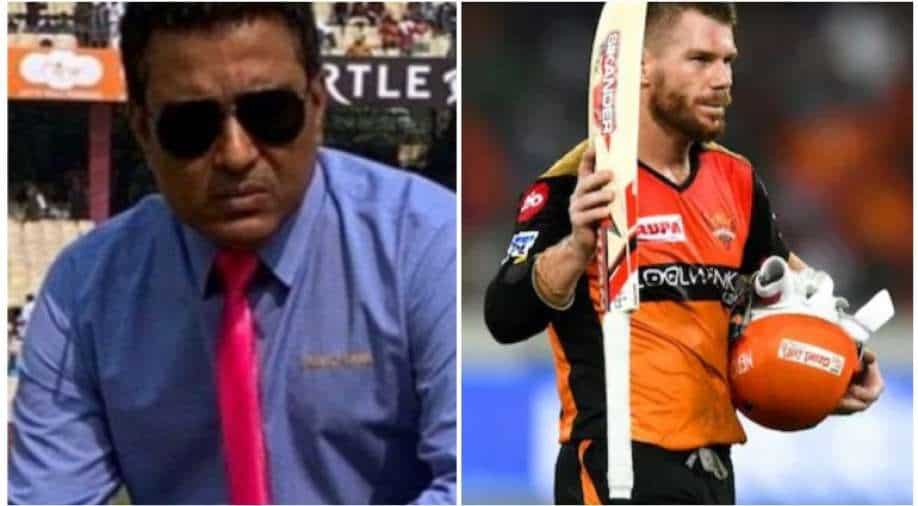 David Warner has had a terrible IPL 2021. The Sunrisers Hyderabad (SRH) opener, who has crossed the 500-run mark every time for the Orange Army since 2014, didn't have a great start to IPL 2021 with the bat and the franchise's back-to-back defeats in the first leg saw him before removed from captaincy.

In the second and final leg, currently underway in the UAE, Warner had two forgettable outings before being dropped from the playing XI. In addition, he wasn't even spotted in the SRH dugout following his ouster -- raising eyebrows among Hyderabad fans worldwide. While Warner was seen cheering for Hyderabad from the stands, during SRH's face-off with Kolkata Knight Riders (KKR) in match 49 on Sunday (October 3), many ardent followers of the franchise became emotional; seeing the plight of Warner.

Former Indian opener-turned-commentator Sanjay Manjrekar has now opened up on Warner's mysterious omission and believes it is 'non-cricketing reason' behind his sudden ouster.

Manjrekar told ESPNCricinfo's RunOrder, "Reason has to be non-cricketing. Warner's numbers over the last few years have been just mind-boggling. I think he is the best IPL batter we have ever seen with regards to longevity," said Manjrekar. Warner has managed just 195 runs in eight matches this season, in stark contrast to his record in the previous seasons of the IPL. He indicated in comments on Instagram that he may never play another game for SRH this season and if that turns out to be true, this will mark the first time since 2013 that Warner has scored less than 500 runs in a season.

"His poor form has not been going on for so long that Warner gets dropped on batting form. So, it has to be a non-cricketing reason and we have no idea what that is. That is the other thing I don't understand, why everything is so hush-hush, but there is something definitely going wrong there," said Manjrekar.

For the unversed, Warner has crossed the 500-run mark on every occasion ever since he joined the SRH camp in 2014. In 2016, the swashbuckling left-hander had led SRH to their only title in the IPL. However with such unfortunate turn of events of Warner and the SRH team management's possible fallout, it seems very likely that the Aussie opener will be released from the franchise and enter the mega auction pool, ahead of IPL 2022 edition.

SRH, meanwhile, lost their face-off versus KKR and continue to remain at the bottom with two more games to go. They are set to finish the season at the last position.