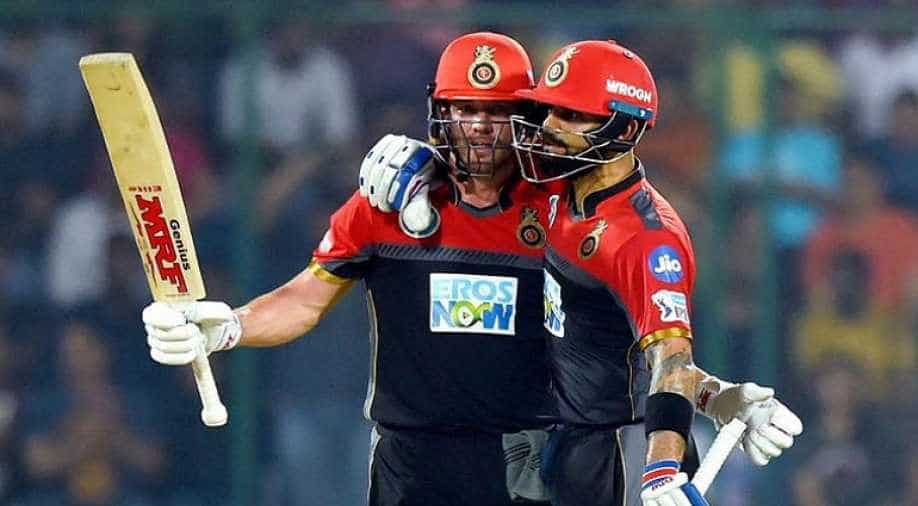 RCB have never won the IPL trophy in the previous ten seasons despite having world-class players.

Royal Challengers Bangalore (RCB) always gets an abundance of love and admirations throughtout the Indian Premier League from their fans.

Especially, the kind of fan frenzy they receive during their home matches at M Chinnaswamy stadium is remarkable but the team has always disappointed the fans with its poor performance.

On papers, the star-studded team has always emerged as the title contenders but it failed to deliver the same on the pitch.

RCB have never won the IPL trophy in the previous ten seasons despite having biggies of cricket fraternity.

But this time, the big names like Virat Kohli and AB de Villiers need to break the jinx and win the trophy for the sake of fans.

Besides, they traded Mandeep Singh with Marcus Stoinis.

Just like the previous season, the batting department is very destructive with the presence of Kohli, de Villiers and Parthiv Patel.

They have purchased Shimron Hetmyer and Shivam Dube to boost the batting unit but that is not enough as the middle order batting is a huge concern for the team.

Despite that, the 18-year-old sensation Devdutt Padikkal has the potential to open for the team and might prove decisive.

The bowling unit looks stable with a balanced combination of spin and pace.

Off-spinner Washington Sundar will be supported by spin sensation Yuzvendra Chahal, who has established his name in the international format. They also have a strong bench with the likes of Pawan Negi and Moeen Ali.

The pace battery has Tim Southee, India's Mohammad Siraj and Umesh Yadav. Skipper Virat has not much to think about the bowling department.

All-rounders Marcus Stoinis and Colin de Grandhomme are the key players for the RCB.

Stoinis' addition to the team will provide strength in the middle-batting order and will give an extra bowling option and in recent interviews, Virat has praised Stoinis.

Just by looking at the team, no one will out their money on RCB but anything can happen if team has a player and leader like Virat Kohli.

RCB will play their first match against Chennai Super Kings at Chidambaram Stadium on March 23.