IPL 2018: CSK's Mitchell Santner ruled out of the tournament due to knee injury 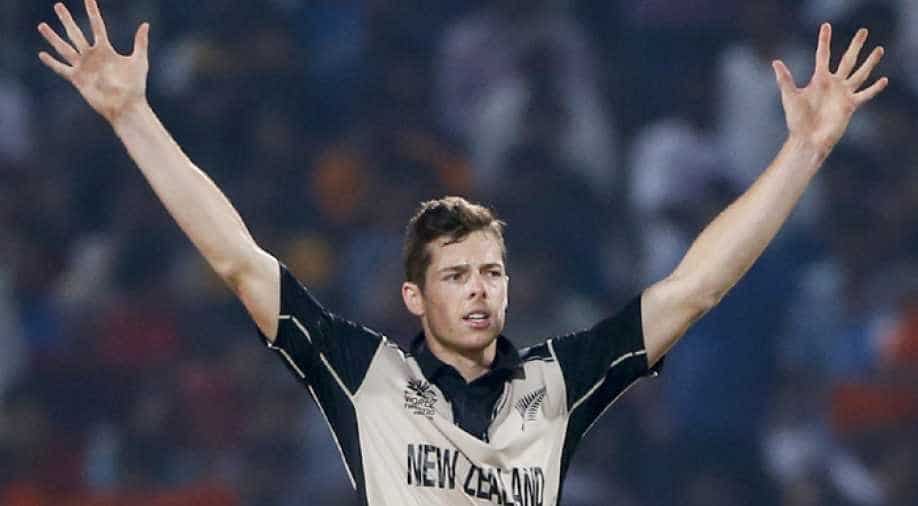 Santner was bought for Rs 50 lakh at IPL 2018 auctions and was seen an important player for the Yellow Brigade. Photograph:( Zee News Network )

Indian Premier League's (IPL) widely celebrated franchise Chennai Super Kings (CSK) were dealt with a big blow, days ahead of the 11th edition of the tournament.

The franchise, which is making a comeback after being suspended for two years, is seeking a replacement for New Zealand spinner Mitchell Santner after he was ruled out of the tournament due to a knee injury.

Santner, who was bought for Rs 50 lakh at IPL 2018 auctions, was seen as an important player for the Yellow Brigade, as the team will already be without the services of R Ashwin, who has been appointed as the new skipper of Kings XI Punjab.

Santner will undergo a knee surgery and will miss out on the upcoming Test series against England followed by the Indian Premier League.

As per media reports, the spinner could be out of cricketing action for six to nine months.

"Mitchell is a key player in all three formats for us, so we'll certainly miss him in the upcoming series," coach Mike Hesson said.

"It's important though that he gets this fixed and we have him back for what is a big next 18 months for us."

After Santner ruling, the two-time champions have Harbhajan Singh and Imran Tahir as the only two reputed spinners in the Indian squad with Ravindra Jadeja, who was one of the first three key players retained by CSK.

MS Dhoni and his team will take on defending champions Mumbai Indians in the opening match of the tournament at Wankhede Stadium in Mumbai on April 7.