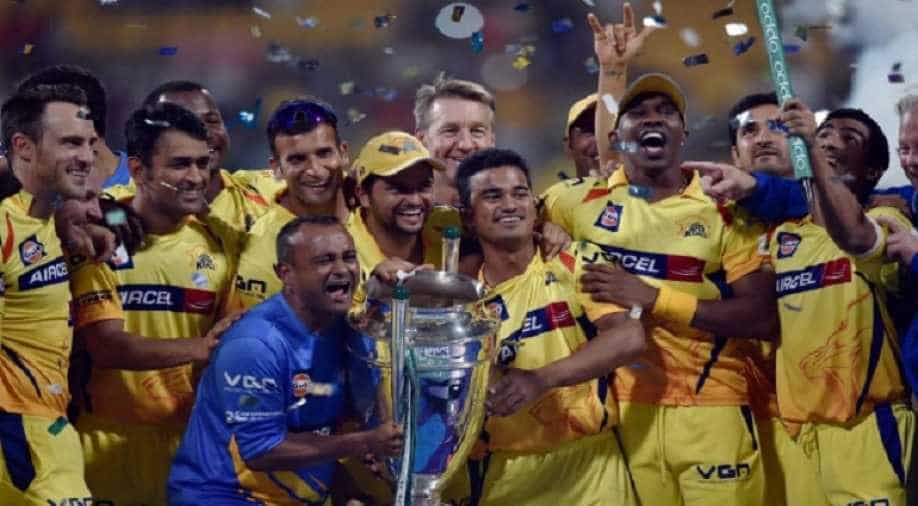 Chennai players celebrate with the IPL 2018 trophy after winning the final against Hyderabad on Sunday. Photograph:( PTI )

Over the course of the 11th edition of the tournament, 19,901 runs have been scored and a total of 720 wickets were taken.

- Chennai - Bangalore match witnessed 33 sixes, the most in an IPL match.

- Afghanistan star player Rashid Khan became the youngest to play 100 T20s matches. He was also awarded man of the match in his 100th game.

- Sunil Narine became the first overseas spinner to take 100 wickets in the IPL.

- MS Dhoni sets record for most stumpings in IPL. He has effective 33 stumpings.

Kane Williamson was awarded the Orange Cap with 735 runs in 17 games played and Andrew Tye walked away with the Purple Cap for taking 24 wickets in 14 games.