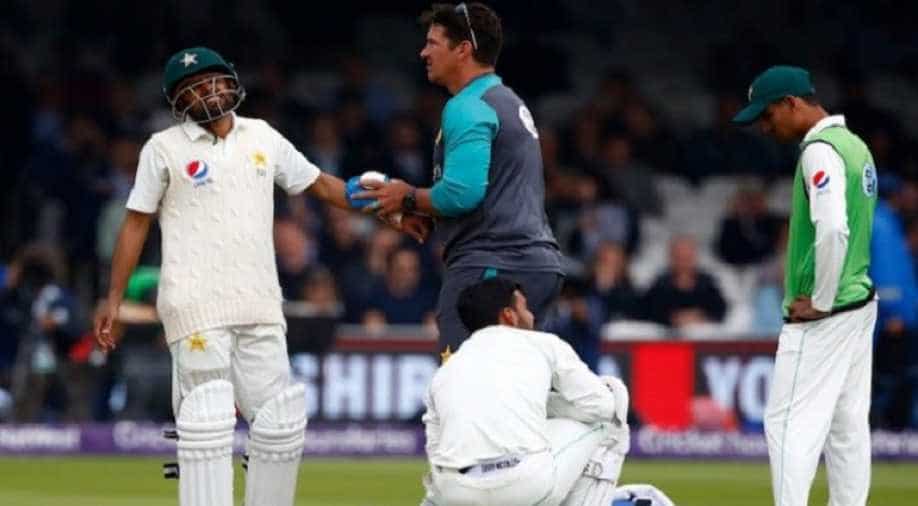 A file photo. Image via ICC Twitter Photograph:( Others )

Pakistan batsman Babar Azam on Saturday has been ruled out of the remainder of the ongoing two-match Test series against England due to a fractured forearm.

The 23-year-old was batting on 68 when he was retired hurt after a blow to his left forearm off Ben Stokes' delivery, on the second day of the opening Test at Lord's.

As a result, he was forced off the field and did not return to bat for the remainder of the day.

Reflecting on his injury, Pakistan physiotherapist Cliff Deacon said that the injury would likely to see Azam out of action for four to six weeks.

"We decided we were going to do a precautionary x-ray at the end of the day`s play.

The reports added further confirmed that there was a fracture.

With batsmen Usman Salahuddin, Fakhar Zaman and Sami Aslam already present in the squad, the Pakistan management opted to not name any replacement.

Currently, Pakistan are standing at 350 for 8 and maintaining a huge lead of 166 runs after bundling out England cheaply for 184 runs in their first innings in the ongoing first Test at the Lord's.