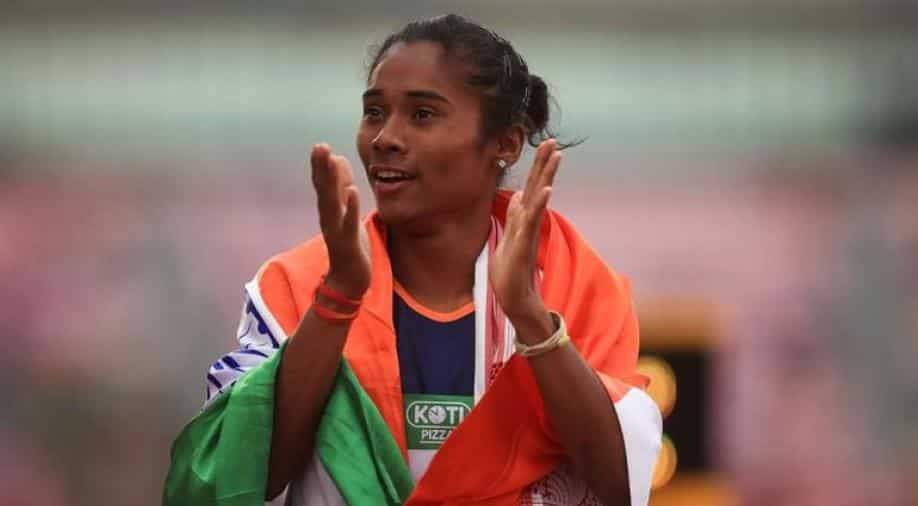 Lately, Das was struggling with a back problem but despite that, she clocked 23.97 seconds to go top of the podium. VK Vismaya clocked 24.06 to win the silver medal.

It is her second gold medal inside a week as she has already finished on top in the Poznan Athletics Grand Prix.

Earlier, for her contribution in sports, Das was conferred with the Arjuna Awards from Indian President Ram Nath Kovind this year.

After her historic achievements, she was named as the brand ambassador of Assam.

She had made the nation proud in the 18th Asian Games when she claimed the silver medal in the women's 400 metres race after clocking a time of 50.79 seconds.

I would like to congratulate sprinter #HimaDas for winning second international gold in women's 200m athletics at #KutnoAthleticsMeet in Poland.

Sprinter #HimaDas wins her second international GOLD in women's 200m with a top finish at #KutnoAthleticsMeet in Poland. pic.twitter.com/ahH7NAqbT0

MANY MANY CONGRATULATIONS!
PROUD OF YOU GOLDEN GIRL!!
Sprinter #HimaDas wins her second international GOLD🥇 in women's 200m with a top finish at #KutnoAthleticsMeet in #Poland .. pic.twitter.com/uAFycPWLTd

This was Hima's second competitive 200m race of the year.