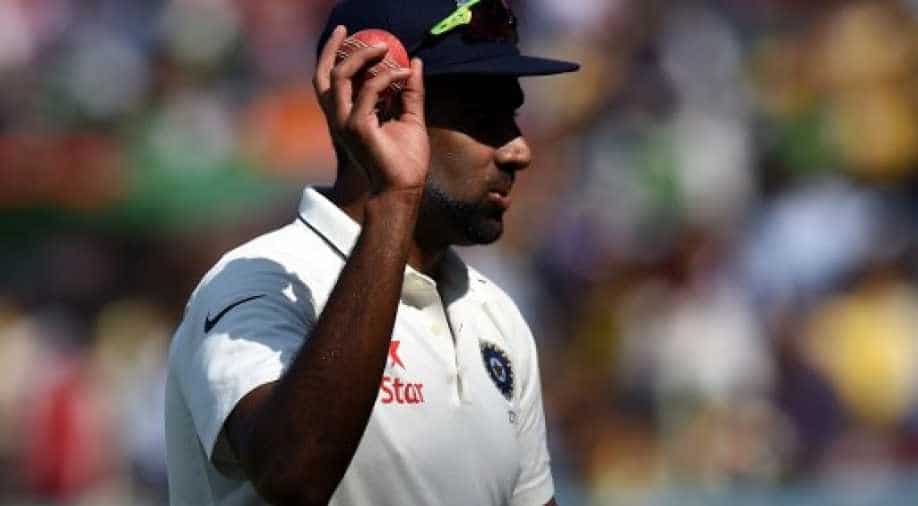 Ashwin was also chosen as the Test Cricketer of the Year. Photograph:( AFP )

Ashwin was also picked as Test Cricketer of the Year.

It is also the first time in 42 years, and the second time ever, that two Indians are at the top of the ICC bowlers' ranking, with Ravindra Jadeja following up behind Ashwin.

"It feels great to follow the likes of Sachin Tendulkar and Rahul Dravid in being named as the ICC cricketer of the year," Ashwin, 30, said in a statement.

"To also win the ICC Test cricketer of the year makes it even better."

The Chennai native consolidated top spot in the International Cricket Council (ICC) Test bowling charts after he took a series-leading 28 wickets in the five games against England, which wrapped up this week.

Quinton de Kock, South Africa`s wicketkeeper-batsman, was named one-day international cricketer of the year after he scored 793 runs in 16 50-over games.

And the West Indies` Carlos Brathwaite won international Twenty20 performance of the year for his 10-ball 34 not out, including four sixes in the final over, to clinch a stunning victory over England in the World Twenty20 final.