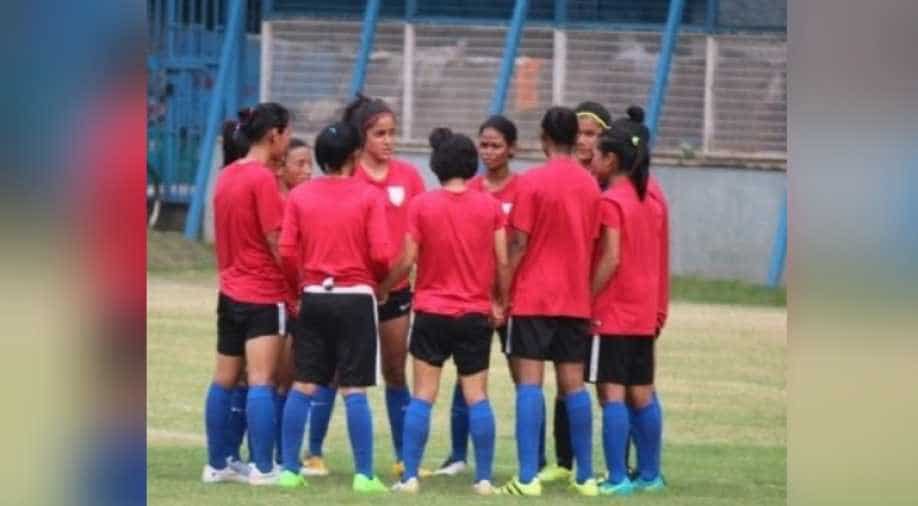 The Indian women's football team will play two matches each against Hong Kong and Indonesia to prepare for the second round of Tokyo 2020 Olympic qualifiers.

The Indian women's football team will play two matches each against Hong Kong and Indonesia in a bid to qualify for the 2020 Olympics.

The official handle of football India tweeted to inform that a twenty-five member Indian women's senior national team will travel to Hong Kong to play back-to-back friendlies on January 21 and 23.

After that, they will travel to Indonesia to play matches on January 27 and January 30.

"In our quest to qualify from the Round 2, we have to play against tough teams and both Hong Kong and Indonesia will provide us with challenges of their own and help in our development," head coach Maymol Rocky said.

"The Olympic qualifiers will be a test and a challenge for all of us and we are preparing to script history and make the nation proud," he added.

The second round of the Tokyo Olympic qualifiers is slated to be held from April 1-9 with the draw for the same yet to take place.

A 25 member Indian women's senior national team preparing for the Tokyo 2020 Olympic Qualifiers Round 2, will be travelling to Hong Kong & Indonesia to play 2 matches each against the senior national teams of both nations. The Indian team will depart on January 19.#BackTheBlue pic.twitter.com/30AS0IJpqk