Indian squad for the upcoming series against West Indies to be announced tomorrow: BCCI source 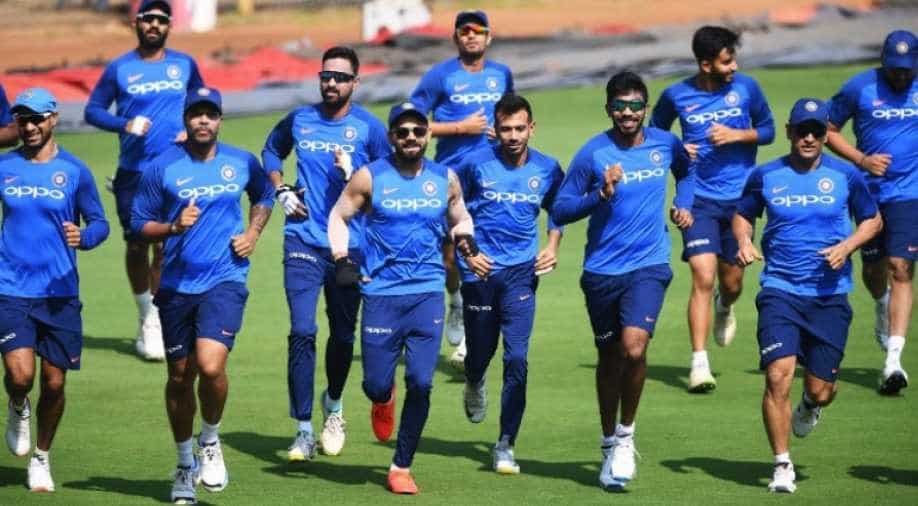 Indian squad for the upcoming ODI and T20I series against West Indies will be announced tomorrow, a BCCI source confirmed on Wednesday.

Indian squad for the upcoming ODI and T20I series against West Indies will be announced tomorrow, a BCCI source confirmed on Wednesday.

India and West Indies are slated to play three ODIs and as many T20Is. The series is scheduled to start on December 6 at Wankhede Stadium, Mumbai.The Men in Blue recently played three-match T20I series against Bangladesh, and managed to come out triumphant.

India lost the first T20I against Bangladesh at Delhi, but the side managed to make a comeback in the next two matches to win the series 2-1.

The side is currently playing the two-match Test series against the Asian giants. India won the first Test by an innings and 130 runs.Both the teams have now gone to Kolkata to play the day-night Test at Eden Gardens, and the game is scheduled to start from Friday, November 22.

On the other hand, West Indies managed to defeat Afghanistan 3-0 in the three-match ODI series, but the side lost the T20I series 2-1 at Lucknow.
India and West Indies last played three T20Is, three ODIs and two Tests earlier this year. The Men in Blue came out triumphant in each of the series.

In the Test series leg, skipper Virat Kohli had managed to become the most successful Indian captain as he surpassed MS Dhoni to achieve the feat.

RR vs CSK, IPL 2020 Live Streaming: When and where to watch Rajasthan Royals (RR) vs Chennai Super Kings (CSK)?