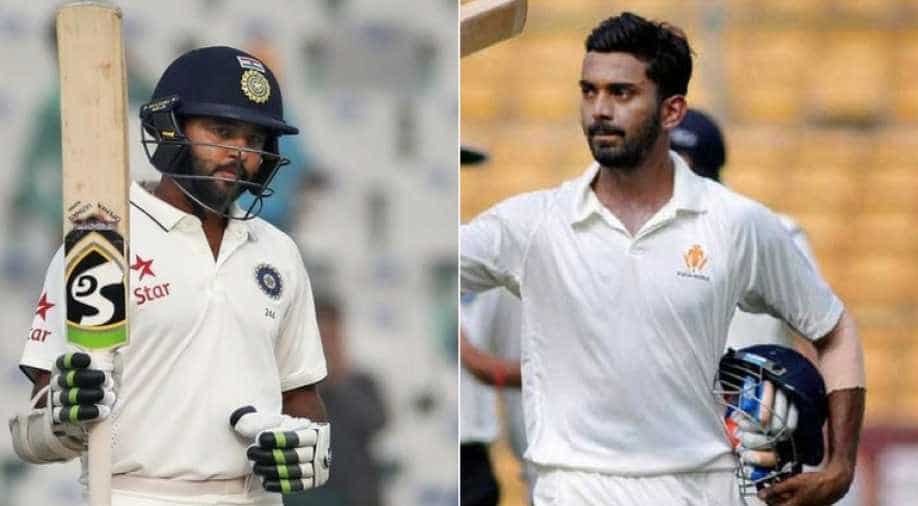 Parthiv last played against England and scored 195 runs in three Test matches, while Rahul has till now played 21 Tests, scoring 1428 runs at an average of 44.62. Photograph:( Zee News Network )

After a 72 runs loss to South Africa in the first Test match, the Indian team management included Parthiv Patel and KL Rahul into the playing XI for the second Test, starting  Saturday.

It is also learnt that the conditions in Centurion may not aid swing bowling and therefore Ishant Sharma is considered in place of Bhuvneshwar Kumar, despite his six-wicket match haul and a gritty 25 in the first Test.

However, India skipper Virat Kohli on Friday clarified his position on the team's balance and composition, stating that opinions outside the dressing room will not influence the playing XI.

While addressing a pre-conference, Kohli said, "It looks likely a really lively pitch. Exactly what we expected it to be and we actually wanted it to be that way so that both teams are into the contest provided they play some good cricket. We are pretty happy to see the wicket how it behaved in Cape Town that gave us many opportunities to stay in the game and make comebacks whenever we were put under pressure also. Yeah look, this pitch will again test us to play our best cricket and that is something that we are looking forward to."

Dhawan's susceptible technique in bouncy and seaming conditions has been under the scanner and Rahul, who had hit his maiden Test hundred in Australia, is considered to be better equipped technically.

Parthiv last played against England and scored 195 runs in three Test matches, when Saha was injured.

Today's game will be the last chance as if they lose, the series will be over, making it a familiar story for Indian cricket yet again.