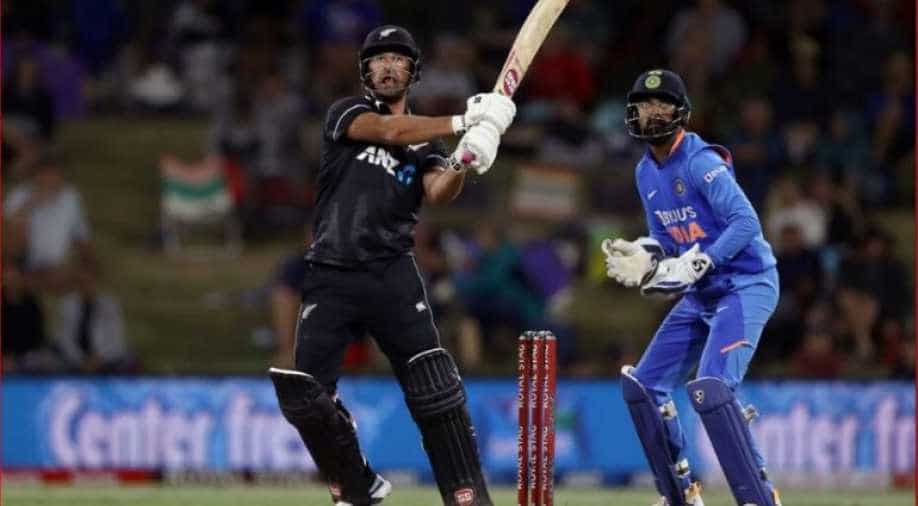 New Zealand won the toss and chose to bowl.

New Zealand beat India by 5 wickets in the third and the final ODI match of the series at Bay Oval, Mount Maunganui on Tuesday. The Blackcaps have clean swept the ODI series against the Men in Blue (3-0), avenging their embarrassing 5-0 defeat to India in T20Is.

India faced an ODI series washout after 31 years. New Zealand continues to dominate the Indian side in the 50-over format.

India lost 4-0 against South Africa in 2006/07 season, but one of the matches was abandoned.

New Zealand won the toss and chose to bowl. Indian openers failed to impress yet again, they lost Mayank Agarwal in the second over when he was bowled by the new Kiwi pacer spearhead, Kyle Jamieson.

Prithvi Shaw (40 runs) neared his maiden half-century but was run out by Collin de Grandehomme.

Henry Nicholls is Player of the Match for his steady hand at the top of the chase. 80 runs for him tonight at @BayOvalOfficial. #NZvIND pic.twitter.com/fAAnbEj67L

Virat Kohli's (9 runs) poor run continues as the skipper was out cheaply.

Shreyas Iyer and KL Rahul continued their great form in the series, they scored 62 and 112 runs respectively. KL Rahul's century went in vain after the Kiwis chased down the total.

Manish Pandey also looked in fine touch after he scored 42 runs in 48 balls.

The opening pair had a partnership of 106 runs. Henry Nicholls (80 runs off 103 balls) scored the most for the team and was adjudged the Man of the Match.

India's hopes were back as they managed to get Ross Taylor and Captain Kane Williamson cheaply. Colin de Grandhomme's quickfire 58 runs off 28 balls ensured New Zealand's victory. Ross Taylor was the Player of the Series.

The two teams will now head towards the final phase of the tour as they will lock horns in the longest format. New Zealand will play two Test matches with the visitors.