IND vs NZ, 1st Test prediction: Who will win series opener between India and New Zealand in Kanpur? 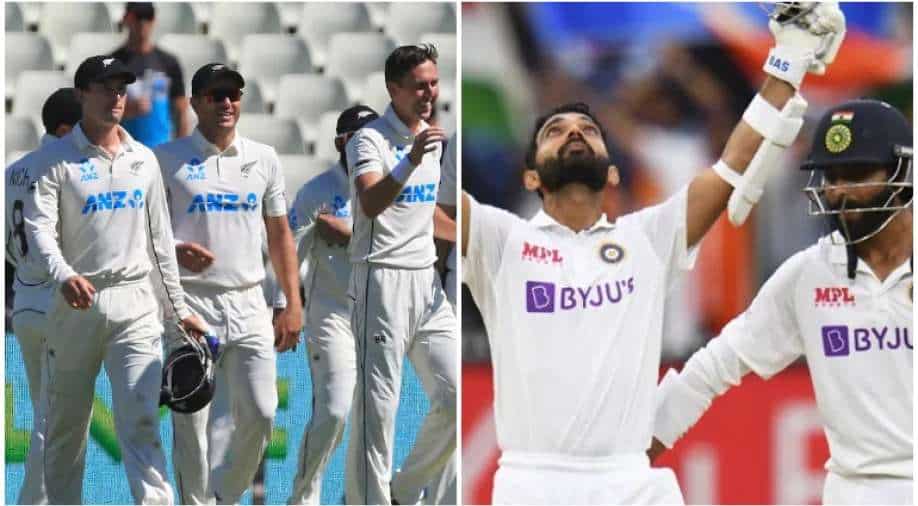 India and New Zealand will square off with each other in the two-match Test series opener at Green Park Stadium, Kanpur. Here's our prediction for the first Test:

After the three-match T20I series, the action between India and New Zealand will now move to the two-match Test series, starting from Thursday (November 25) at The Green Park Stadium, Kanpur. The series will be part of the second cycle of the ICC World Test Championship (WTC) and, hence, both sides will look to walk away with vital points.

For India, they are without some of their regulars in the format. The regular skipper Virat Kohli, Rohit Sharma, Jasprit Bumrah, Mohammed Shami and Rishabh Pant have been rested whereas KL Rahul was ruled out of the series, on Tuesday, due to a muscle strain on his left thigh. Thus, Ajinkya Rahane will once again take over the captaincy responsibilities with Cheteshwar Pujara as his deputy.

ALSO READ | IND v NZ, 1st Test: Going to be different challenge to what we get back home, says Kyle Jamieson

Rahane will once again be leading a second-stringed Indian team, where the onus will be on Mayank Agarwal, Shubman Gill, Shreyas Iyer (who has been confirmed to make his debut), Wriddihman Saha, Mohammed Siraj, Ishant Sharma, Ravindra Jadeja, Axar Patel, R Ashwin etc. On the other hand, New Zealand will see the return of Kane Williamson, Tim Southee, Neil Wagner, Ross Taylor, Henry Nicholls in action whereas Trent Boult, Kyle Jamieson, Mitchell Santner, etc. will form a formidable line-up of the Kiwis.

The challenge for the Kiwis will be to adjust to the contrasting conditions and SG ball on offer in India. If their spinners can match the Indian spin trio -- Jadeja, Axar and Ashwin -- the match will surely go down the wire. Nonetheless, as Rahul Dravid-coached hosts haven't lost a series at home since 2012, they will still commence as overwhelming favourites.

Match prediction for 1st Test: There hasn't been much update regarding the nature of the surface expected in Kanpur. Nonetheless, it is expected to aid the batters before the spinners come into play from Day 3 onwards. The pacers will have to do the hard yards as the game progresses to provide breakthroughs at regular intervals. While the Indian team is without some of their star performers, Kiwis will like to make the most of their opposition's inexperience and make early inroads. However, India will still be favourites and are expected to go 1-0 up. Nonetheless, it also won't be a cakewalk for the home side versus the inaugural WTC winners.