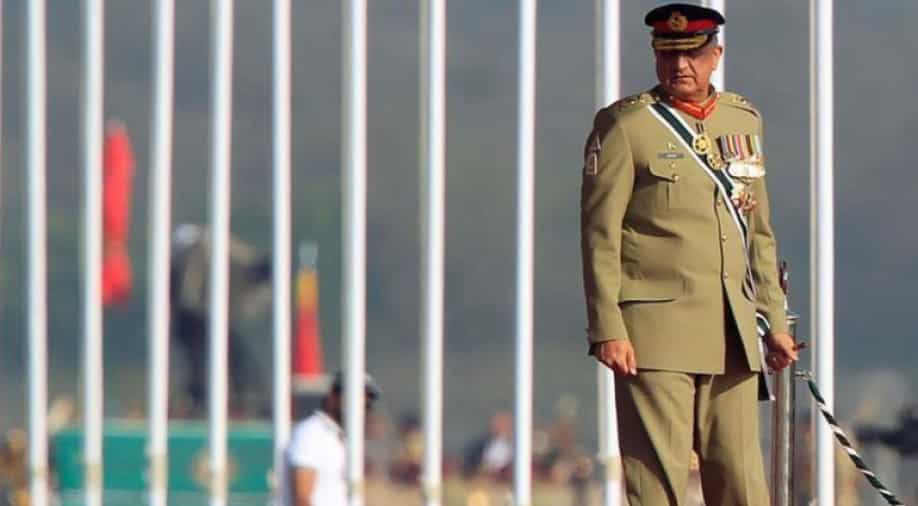 Bajwa, Asif Ghafoor were accused of getting match tickets from a political worker.

A Twitter user shared pictures of Bajwa. The Army chief could be seen with Pakistan supporters in a selfie and also sitting in the stands with Major General Asif Ghafoor, the spokesperson of Pakistan Armed Forces.

Bajwa was accompanied by British foreign secretary Jeremy Hunt and was cheered by Pakistan fans. However, some social media users criticised his presence in the World Cup match calling it a waste of taxpayers money.

Ex-Member of the National Assembly of Pakistan Bushra Gohar asked, “Priorities!!! Are the Pak #COAS / Generals on a private visit to the UK to watch #PakvSA match? Who has authorised & paid for their visit? Hope it isn’t charged to the poor taxpayers.”

My very humble request to @BushraGohar is to please avoid tweeting while being in front of mirror or using wrong glasses. Enjoy the good performance & match victory of Pakistan, belongs to all of us. Try make it for next match & support the team. Can be my personal guest. pic.twitter.com/5RjinxSonY

Another user tweeted saying this is a violation of Pakistan army code of ethics.

Dear @peaceforchange from this video it is quite clear that stadium entrance ticket to you and #COAS was gifted by #AnilMussart who is a political party worker.

Isn't it the violation of #Pak_Army code of ethics to accept gifts from political workers! @OfficialDGISPR https://t.co/1PXE6WQ9nn

During the match, the Human rights activists campaigning over the issue of disappearances of people in Balochistan erected banners outside the stadium.

The official Twitter handle of the media cell of the Baloch Republic Party posted a video showing people carrying Pakistani flags tearing down the banners.

Pakistan have lost three of their five matches with one getting washed out in the 50-over tournament so far. The Sarfaraz Ahmed-led side lost to Virat Kohli-captained India by 89 runs in a rain-hit match on June 16.

Following the match, the Pakistan skipper admitted there was psychological pressure on him. Pakistan's head-to-head World Cup record against India now reads 0-7. Sarfaraz, however, stressed that the morale of the team is still high as Pakistan aim to bounce back in the tournament.

'He's got a lot in his arsenal': Curtly Ambrose optimistic of Jasprit Bumrah getting 400 Test wickets