'I am a fast bowler,' thunders Andre Russell after startling Pakistan in their World Cup opener 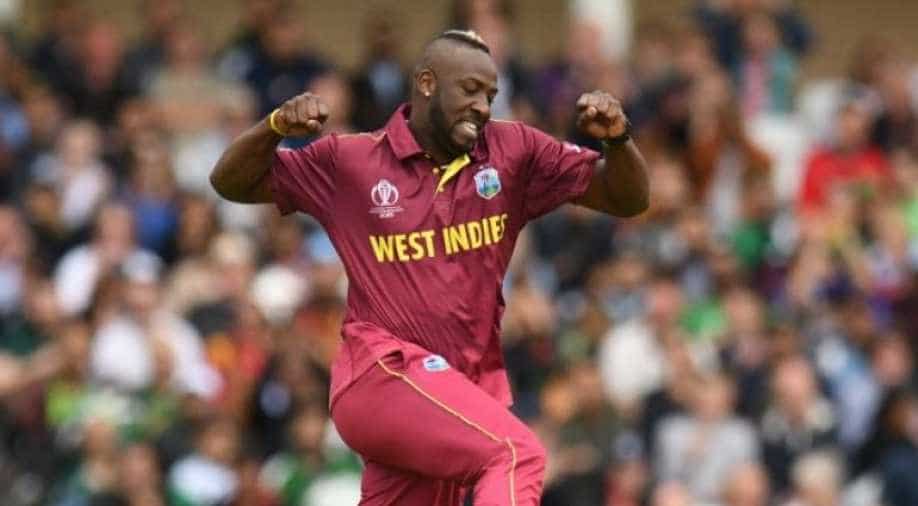 Russell returned with figures of 2/4 in West Indies' seven-wicket thrashing of Pakistan at the Trent Bridge, starting their campaign in the World Cup on a high note

West Indies all-rounder Andre Russell reminded that he is a fast bowler to all who are only in awe of his incredible power-hitting.

"A lot of people have been saying I'm in the team as a big-hitting batter but they don't remember I'm a fast bowler," said Russell after the World Cup match against Pakistan.

Russell returned with figures of 2/4 in West Indies' seven-wicket thrashing of Pakistan at the Trent Bridge, starting their campaign in the World Cup on a high note.

"I think they underestimate me. I've been jealous in the past couple of years because people have me down as a medium-pacer. When I see 'Andre Russell' come up on the big screen and I see 'medium-pacer', I'm like, who are they talking to?" said Russell.

"Actually, I'm annoyed. Who's responsible for that stuff should change medium-pacer to fast."

Russell lit up the Indian Premier League with a flurry of fours and sixes, the incredible hitting drowning the fact that he can also bowl fast.

"At the end of the day I've shown them I can bowl 90mph. I think they should put some respect by my name. Today, when you turn up and see a (bouncy) pitch like that, it gives you a vibe to bowl fast, an energy to bowl fast," he added.

Russell is confident he will be fit for the side's second match against Australia on June 6, despite limping heavily after his match-turning spell in the thumping win.

"I've been playing for years with these knee injuries," Russell said after the match.

"And sometimes it feels worse than some days but, at the end of the day, I'm a professional. I know what to do to get back. I think I have five days before the next game so that is more than enough time to get my knee back to normal and get it settled,'' he said.

"Let's just see what happens. I have a good physio team, massage team, here so they're going to be working with me closely for the next couple of days," Russell said.