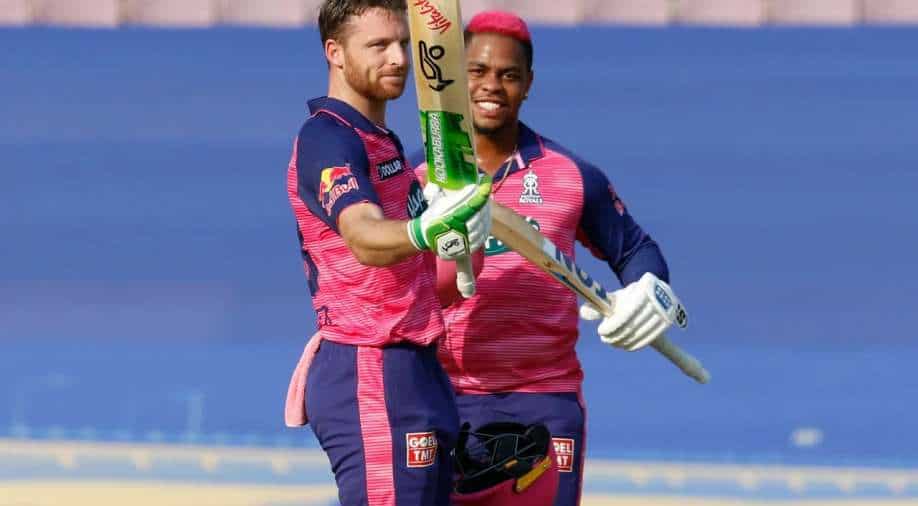 Hardik Pandya`s unbeaten half-century was backed by a spirited performance by bowlers as Gujarat Titans defeated Rajasthan Royals by 37 runs in their IPL match here at Dr DY Patil Sports Academy on Thursday.

After a 37-run victory over Rajasthan Royals, Gujarat Titans pacer Lockie Ferguson praised rival batter Jos Buttler and called him one of the best in the Indian Premier League (IPL). Skipper Hardik Pandya`s unbeaten half-century was backed by a spirited performance by bowlers as Gujarat Titans defeated Rajasthan Royals by 37 runs in their IPL match here at Dr DY Patil Sports Academy on Thursday.

"(On Buttler`s wicket ball) The way he was batting, there`s not a lot you can do when a guy`s batting that well. And then he lapped my first ball, so I had to change up something, fortunately, got a little bit of drift, certainly happy to see the back of him. It came out nicely, glad to see the stumps light up. Throughout the IPL, thousands of batters can get on top of the game like him but he`s certainly right at the top and one of the best. When a guy is batting like that, there`s not a lot you can do. You got to get into defensive mode," said Ferguson in a post-match presentation.

"The way Yash bowled upfront, I actually thought he bowled pretty well, but you just saw the class of Jos there. It was nice to see the back of him for sure. You couldn`t get him (Hardik Pandya) out of the game tonight. As soon as he came back to the field, a run-out, he had a superb game and leading the boys so well. We love the energy he brings every game, it`s been fantastic," he added.The pacer also lavished praise on spinner Rashid Khan for consistently bowling well and creating pressure on the batters.

"We`ve got a lot of experience. Rashid Khan has been bowling so consistently well for such a long period of time. He`s creating the pressure for the rest of us to take the wickets at the other end. The wickets don`t always come to him, but it`s unbelievable how well he bowls. It`s great to have him on our side. (On the pitch) Good pace, certainly happier with this wicket than couple of nights ago," said the pacer."

There`s good pace in all the wickets so far in the tournament. We`ve managed to get a little bit of seam out of the wicket Mo (Shami) up top is getting a bit of swing which is nice. So far so good. Tewatia hasn`t bowled much, I am sure he`ll play a part as we go through the comp," he added.

Opener Jos Buttler`s quick knock of 54 went in vain for RR while for GT, Lockie Ferguson and debutant Yash Dayal were the picks among the bowlers. The pace duo scalped three wickets each. GT skipper Hardik also took a wicket and forced a run-out.Debutants Gujarat Titans` fourth victory in the five matches has taken them to the top of the Indian Premier League 2022 table while for Rajasthan Royals` this is their second loss in the league taking them to the third spot.