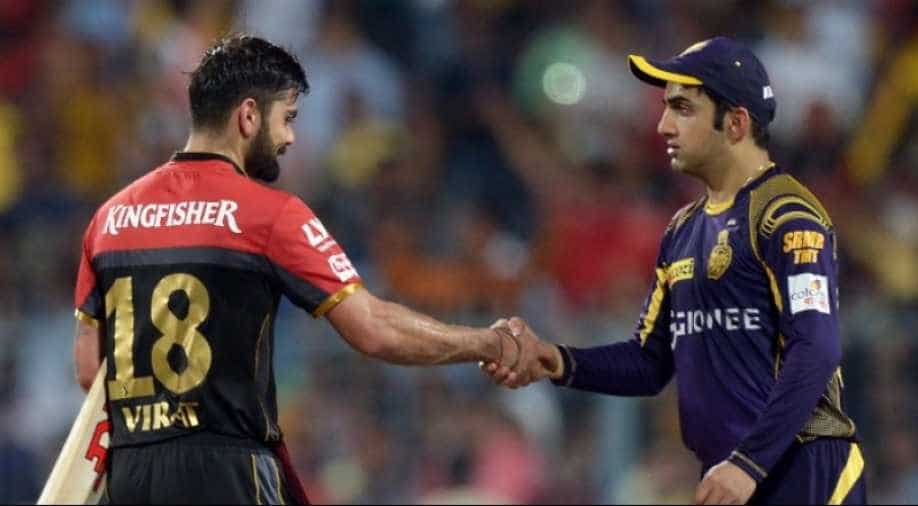 Former India opener Gautam Gambhir is of the view that Virat Kohli has managed to have a successful T20 career due to his ultimate fitness levels despite not having Chris Gayle’s ‘strength’ or AB de Villiers’ ‘ability’.

Former India opener Gautam Gambhir is of the view that Virat Kohli has managed to have a successful T20 career due to his ultimate fitness levels despite not having Chris Gayle’s ‘strength’ or AB de Villiers’ ‘ability’.

Kohli, who has impeccable records in Tests and ODIs, has also left a lasting impact in the shortest format of the game while accumulating 2,794 runs off 82 games at an average of 50.8.

"He (Kohli) was always a very smart cricketer, but then he turned his entire T20 career into a very successful one, just by being supremely fit," Gambhir said on Star Sports.

The cricketer-turned-politician, Gambhir, further said that the Indian captain heaped praise on Kohli by lauding his fitness levels and the way he runs between the wickets. Kohli has also bagged 5,412 runs in 177 games in IPL, making him one of the most successful batsmen in the league.

"The biggest strength he's got is now his fitness and he's turned that into his game as well, that's why he has become so successful, so you got to give it to the guy.

"The most important thing is that he runs really well between the wickets, not many people do it," added Gambhir, who was part of both 2007 and 2011 World Cup-winning Indian teams.

"There are very few cricketers in world cricket at this time who can rotate of every ball and that is what Virat Kohli does really well and that's why he's different from the rest," said Gambhir.

The southpaw added that Kohli’s running between the sticks makes him stand out in front of Rohit Sharma or cricketers like Chris Gayle and AB de Villiers as he said that is the reason why the Indian captain averages 50 in the shortest format of the game.

"You see Rohit Sharma, probably Rohit Sharma doesn't have that quality which Virat Kohli has to rotate the strike," he said.

"Chris Gayle or AB de Villiers don't have that ability to rotate the strike, especially against spin bowling, but Virat Kohli has that, that's why he averages 50," Gambhir signed off.