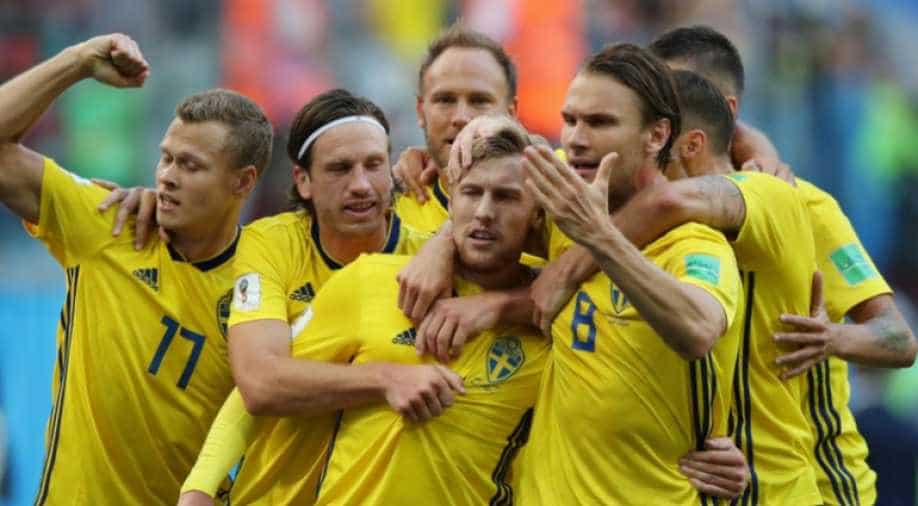 Emil Forsberg's goal sent Sweden into the World Cup quarter-finals for the first time in 24 years after they edged Switzerland 1-0 on Tuesday (July 3) in their last-16 clash in St Petersburg, Russia.

The Swedes - playing in their 50th World Cup match - had the better chances despite the Swiss dominating possession, and Forsberg's goal - which took a deflection off Swiss centre-back Manuel Akanji - sailed past the hapless Yann Sommer for the Scandinavians' first win in a World Cup knockout match since their quarter-final victory over Romania on penalties at USA 94.

Switzerland's misery was compounded in injury-time when Michael Lang was sent off for fouling Martin Olsson outside the box, with the referee correctly reversing his decision to award the Swedes a penalty after consulting VAR.

Switzerland - ranked sixth in the world, 18 places higher than their opponents - were hoping to make the quarter-finals for the first time since 1954, but they were woeful in the final third.

The Swiss now haven't scored a World Cup knockout goal since 1954, when they lost 7-5 to Austria in the last eight, which remains the furthest they've ever got at a World Cup.

It's only their second defeat in 21 matches.

1958 runners-up Sweden will play Colombia or England in the quarter-finals on Saturday.