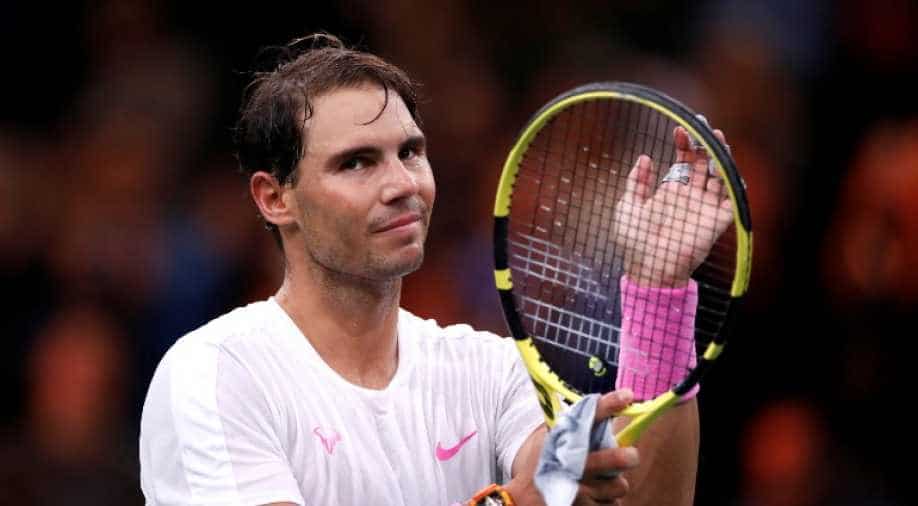 The convincing two-hour victory was appreciated by Nadal, who snapped a three-match losing skid to Zverev -- including a straight-set defeat at the Mutua Madrid Open last week.

Second-seeded Rafael Nadal raced out to a quick start and posted a 6-3, 6-4 win over sixth-seeded Alexander Zverev of Germany in the quarterfinals of the Internazionali BNL d'Italia on Friday.

The Spaniard won the first four games in the first set and saved all eight break points he faced in the second to continue his pursuit of the 10th title in Rome.

The convincing two-hour victory was appreciated by Nadal, who snapped a three-match losing skid to Zverev -- including a straight-set defeat at the Mutua Madrid Open last week.

"I think I played more solid than in Madrid. At the same time, conditions are different," said Nadal, who was referring to the high altitude of the Spanish capital.

Nadal, 34, benefited from six aces to dispatch Zverev, who won the tournament in Madrid.

Nadal will face Reilly Opelka, who advanced to his first Masters semifinals with a 7-5, 7-6 (2) victory over Argentine Federico Delbonis on Friday.

"(I will face) a big chance against a player who has almost an unreturnable serve. (Reilly) is playing well," Nadal said. "I need to be very focused with my serve and then try to be ready to accept (the situation) and be (engaged) on the return. That is what I am looking for."

The 6-foot-11 Opelka recorded 18 aces and saved all four break points he faced to win his match in one hour and 41 minutes.

"I am surprised (to reach my first Masters 1000 semifinal here). Clay is not really my thing," the 47th-ranked Opelka said in his post-match interview. "(It is) not much of an American thing. It is probably just a fluke, but I'll run with it."

Top seed and world No. 1 Novak Djokovic's quarterfinal match against Stefanos Tsitsipas of Greece was suspended due to rain with the latter leading 6-4, 2-1 and up a break in the second set. The match will resume on Saturday.