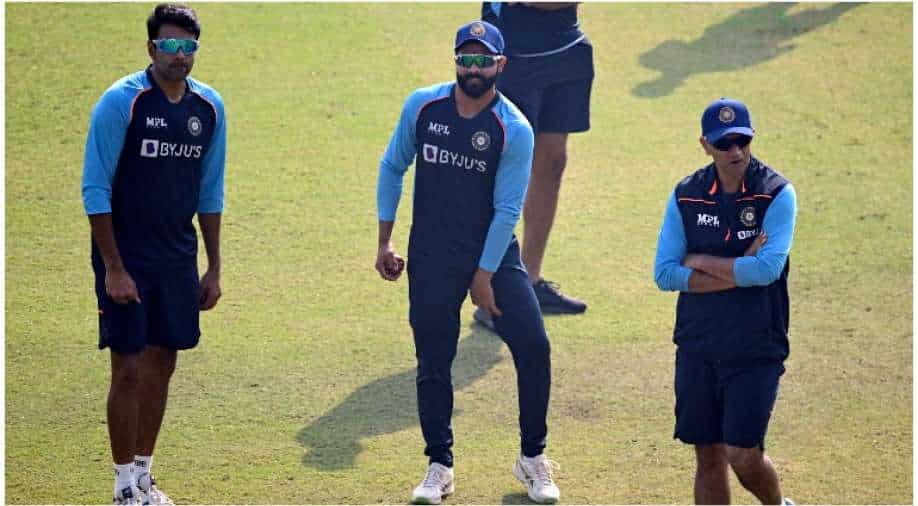 After the end of the Kanpur Test between India and New Zealand, Daniel Vettori opined that he has been left surprised how Indian team management has preferred Ravindra Jadeja over R Ashwin in recent times.

India and New Zealand's first Test, in Kanpur, ended in a riveting draw. Opting to bat first, Ajinkya Rahane-led India posted 345 all-out in the first innings whereas Kiwis made 296 in return. With a 49-run lead, Rahane & Co. declared their second essay at 234-7, setting up a stiff 284-run target.

Kane Williamson's Black Caps were 79 for 1 on the final day but surrendered the momentum from thereon as they were reduced to 155/9 towards the fag end of the Test match. Nonetheless, debutant Rachin Ravindra's 18* (off 91 balls) and Ajaz Patel ensured the match ended in a draw as Kiwis managed to remain at 165/9 at stumps on the final day.

While India had plenty of top-performers in the first Test, such as Shreyas Iyer, Ravindra Jadeja, Wriddhiman Saha, Axar Patel, etc. R Ashwin also played his part with some valuable runs in both innings and returning with a six-wicket haul. However, he made heads turn by becoming the third highest wicket-taker for India in whites, surpassing Harbhajan Singh's tally during the final day's play.

With 419 scalps, Ashwin will look to go past Kapil Dev's tally (434) and grab the second position. After the Kanpur Test, former NZ captain and spin-bowling all-rounder Daniel Vettori has stated that he has often remained surprised and fascinated by the fact that India have preferred Jadeja over Ashwin on many recent occasions, especially while playing overseas. In this regard, he said on ESPNCricinfo, "I think for someone who has been so dominant in so many different scenarios for India. He is so reliable particularly in home conditions. The pace at which he takes wickets is phenomenal. The way he has evolved… his variations… the bowler that he was to the bowler that he has become. He is always learning, always trying to get better."

"All this while he is one of the best spinners for India and in world cricket, he regularly gets dropped. It is fascinating to sit back and see a guy who averages over five wickets in a Test and is a consistent match winner gets left out of the team, and how Jadeja gets preferred over him. But he keeps coming back. He is far from done," added Vettori.

ALSO READ | India should have bowled them out: Former Pak captain disappointed as India fail to win Kanpur Test vs NZ

For the unversed, Ashwin wasn't part of India's playing XI in the four Tests versus England in the United Kingdom early this year. Apart from that, he has often been benched with Jadeja getting the preference -- mainly for his batting -- when India tour SENA countries. He, however, remains a confirmed selection whenever India play at home.

Ashwin will now look to guide India to a win in the second and final Test versus New Zealand, at Wankhede Stadium, Mumbai. The final Test will commence from December 3, which will also see the return of regular captain Virat Kohli in the Indian squad.