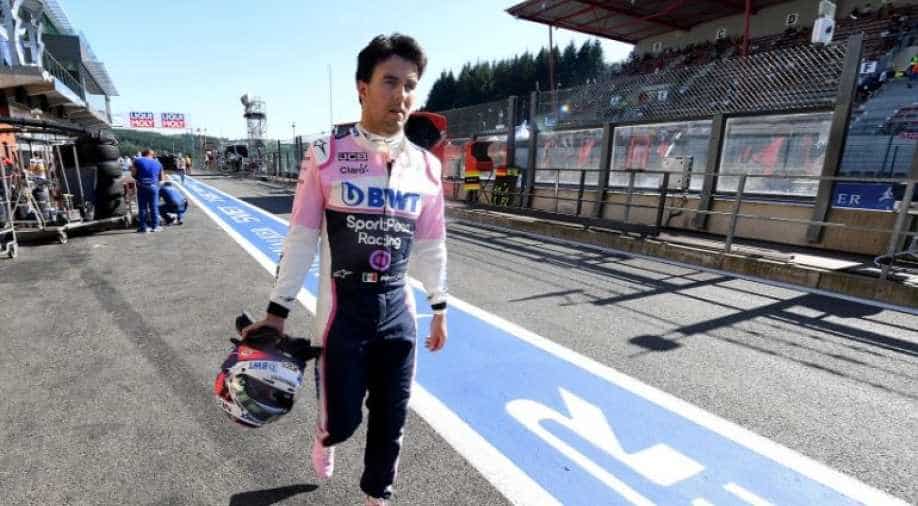 The Canadian-owned outfit said the 30-year-old, who is the first driver to test positive since the pandemic-hit season started this month, was “physically well and in good spirits”.

They said they planned to replace him for the race at Silverstone.

With Britain extending the virus isolation period to 10 days from seven on Thursday, Perez also looks set to miss the 70th Anniversary Grand Prix — race five — at the same circuit on the following weekend.

Racing Point share reserves with engine supplier Mercedes, who have Belgian Stoffel Vandoorne and Mexican Esteban Gutierrez in those roles.

Both are experienced former F1 race drivers but Gutierrez would be the driver on call since Vandoorne is preparing for the final races of the stalled all-electric Formula E season in Berlin.

Racing Point could, however, call up another driver of their choice with Germany’s Nico Hulkenberg — who raced for Renault last season — one such possibility.

A decision will have to be made before practice starts on Friday.

Perez, who is sixth in the championship, and a small group of team mates who had come into contact with him had already gone into self-isolation after an initial test came back as inconclusive.

“The FIA and Formula One can now confirm that the result of his re-test is positive,” Formula One and the governing body said in a joint statement.

“Perez has entered self-quarantine in accordance with the instructions of the relevant public health authorities, and will continue to follow the procedure mandated by those authorities.”

Mexico has been hard hit by the virus, with the fourth highest number of fatalities in the world, but a Racing Point spokesman said Perez had not been back to his country since he last raced in Hungary on July 19.

Formula One has started its delayed season without spectators and under carefully controlled conditions, with teams operating in bubbles and all employees and those with access to the paddock tested every five days.

The sport had reported only two positive results, neither involving people who attended races, from more than 15,000 tests carried out from June 26 to July 23.

“The procedures set out by the FIA and Formula One have provided for swift containment of an incident that will have no wider impact on this weekend’s event,” the sport said.

Formula One chairman Chase Carey said before the start of the season that the sport would not cancel a race even if a driver tested positive.

“We encourage teams to have procedures in place so if an individual has to be put in quarantine, we have the ability to quarantine them at a hotel and to replace that individual,” he said then.

The original season-opener in Melbourne in March was cancelled after a McLaren employee tested positive before the track action had started.

Racing Point have been in the headlines on track as well this season, with their pink car a lookalike of last year’s title-winning Mercedes and subject to an ongoing protest by Renault.

The team are fourth, just one point behind McLaren.