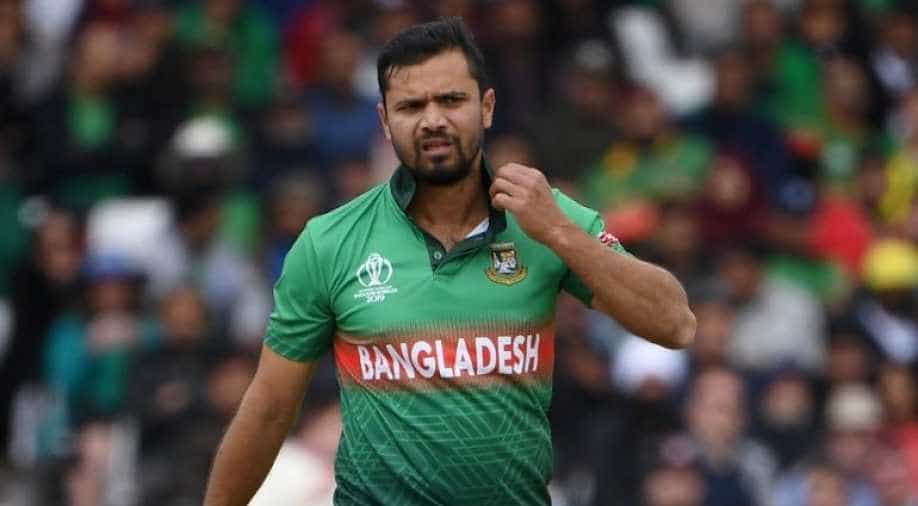 Bangladesh's skipper Mashrafe Mortaza said that the team is "extremely sorry" to all-rounder Shakib Al Hasan after losing to Pakistan in their final league stage match of the Cricket World Cup 2019 at Lord's.

Bangladesh ended the campaign in the seventh spot with three wins in their nine matches.

After opting to bat first, Pakistan set the Bangladeshis a target of 316 runs, in reply, Shakib scored his seventh half-century of the tournament but Bangladesh lost wicket lost wickets at regular intervals and were bowled out for 221 in the 45th over.

"I want to say sorry for Shakib. If we stepped up, the tournament could've been different," Bangladesh Mortaza told reporters.

Mortaza said that Shakib's batting, bowling and fielding was extremely good in every match in this tournament.

"I think both matches, in the last two, Shakib batted well, but we didn't get a good partnerships in the middle. The wicket was 50-50, we could've chased it," Mortaza added.

"In some important matches, the fielding has costed us a lot throughout the tournament," he further said.

On his career, he said, "I will go home and rethink on my career."

Shakib became the third batsman in the World Cup history to score more than 600 runs after India's Sachin Tendulkar and Australia's Matthew Hayden.