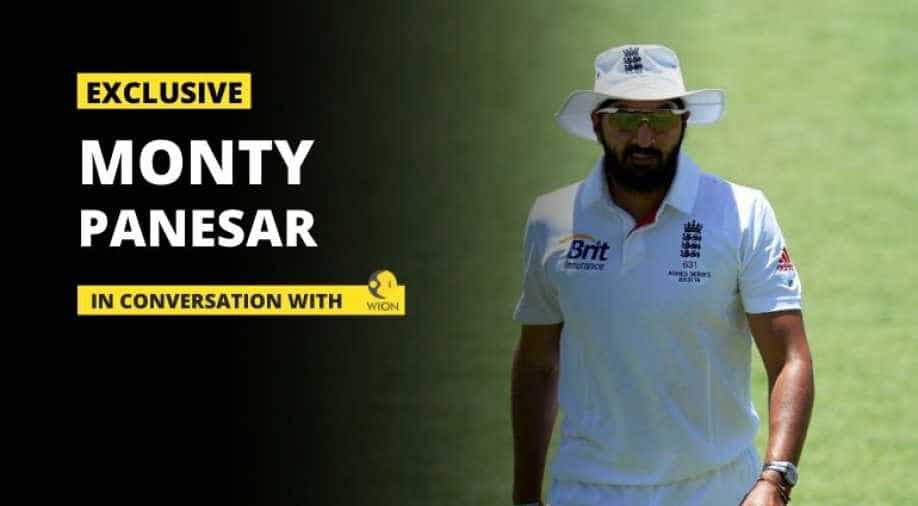 Former England international Monty Panesar, in an exclusive interview with WION, spoke about the much-awaited Test series, saliva ban and the new norms, the new Test captain in Ben Stokes, English top-order vs West Indies bowlers, the lack of world-class spinners in English set-up, the rising star Amar Virdi, his performances in the 2007 series against West Indies, the impact of Bishan Singh Bedi in his career and much more.

International cricket will be back breathing after a prolonged break of 115 days as England and the West Indies gear up to lock horns at the Ageas Bowl in Southampton from July 8 (Wednesday). However, cricket will be back in a different look with new norms, safety guidelines in place. On paper, both England and the West Indies look strong but what will probably define the series is the hunger to win.

Former England international Monty Panesar, in an exclusive interview with WION, spoke about the much-awaited Test series, saliva ban and the new norms, the new Test captain in Ben Stokes, English top-order vs West Indies bowlers, the lack of world-class spinners in English set-up, the rising star Amar Virdi, his performances in the 2007 series against West Indies, the impact of Bishan Singh Bedi in his career and much more.

Subhayan Chakraborty: Thank you for joining in, Monty. How has been life in lockdown for you?

Monty Panesar: It’s been good actually. I have been trying to exercise daily, keeping myself fit. We are also seeing re-opening of pubs in our country. So it is getting back to normal.

SC: What is your take on the saliva ban and all the new norms that have been introduced?

Monty Panesar: Yes, I think it (saliva ban) is a really good idea. It is good to see that we have the saliva ban because the last thing we need after a Test match is some of the players being positive for COVID-19. I think it is a very good decision that they (ICC) have made.

SC: How will the saliva ban impact the spinners?

Monty Panesar: Well, I think the spinners won’t be able to drift it as much. You can’t use the shine on the ball. But still, it doesn’t get the spinner getting good shape on the ball, good turn. So they have to work hard to get revolutions on the ball.

SC: How do you think the series is going to pan out after such a long break?

Monty Panesar: I think this series will be closely fought. It really depends on how the top six or top four England batsmen play. This is one of the most inexperienced batting line-ups England have had for a long-long time. So I think, the battle is going to be between the top four English batsmen versus the West Indies bowlers. If England get a good start and top six batters do really well especially youngsters, then I think England should win the series. But the critical factor that everyone would be watching during the Test match is the West Indies fast bowlers, who seem to be a lot stronger now against the England top order.

English batsmen could struggle a bit because the West Indies fast bowlers have got some experience now. They have got the likes of Jason Holder, he was the overseas player in Northamptonshire, Kemar Roach, he was at Worcestershire. So they are familiar with County cricket and Shanon Gabriel could be the difference between the two sides. I think, for West Indies to win the Test at Southampton, they need to bowl England out very cheaply because James Anderson and Co. would be equal at their task in those bowling conditions, no doubt about that. But West Indies, whenever they come to bowl they will have to get England out cheaply and that is the only way they are going to win the Test match. Anything above 300 and West Indies will struggle. 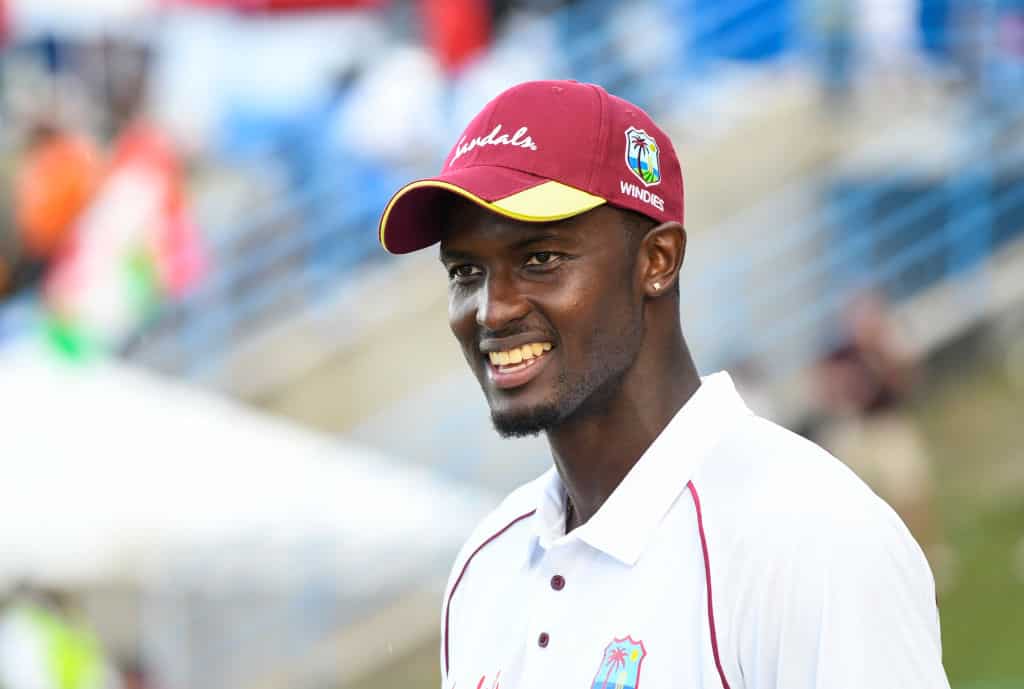 SC: And your thoughts on handing the captaincy to Ben Stokes? Kevin Pietersen seems to be completely against it...

Monty Panesar: I hope that it is just a one-off. We know it is going to be a one-off but I really hope he doesn’t have the ambitions to become the captain after Joe Root because he is an X-factor player. He is equally good at batting, bowling and fielding. And I haven’t seen many cricketers who have managed to sustain their all-round abilities and captain the team at the same time. The likes of Kapil Dev and Imran Khan, they come to mind which is a very very long time ago. But there aren’t many top all-rounders who are captaining the team and performing because it is just too much. You are asking too much of a player.

But it is Ben Stokes – the BBC Personality of the Year, Wisden Cricketer of the Year, he won the match at Headingley, he won the World Cup. This guy is a superman. Ben Stokes is Box Office. Ben Stokes is, at the moment, the most valuable cricketer in the world. And only he knows if he can captain the team and do everything else. It is an impossible task but we saw the Headingley Test and he made it possible. So this guy is a once in a lifetime cricketer. 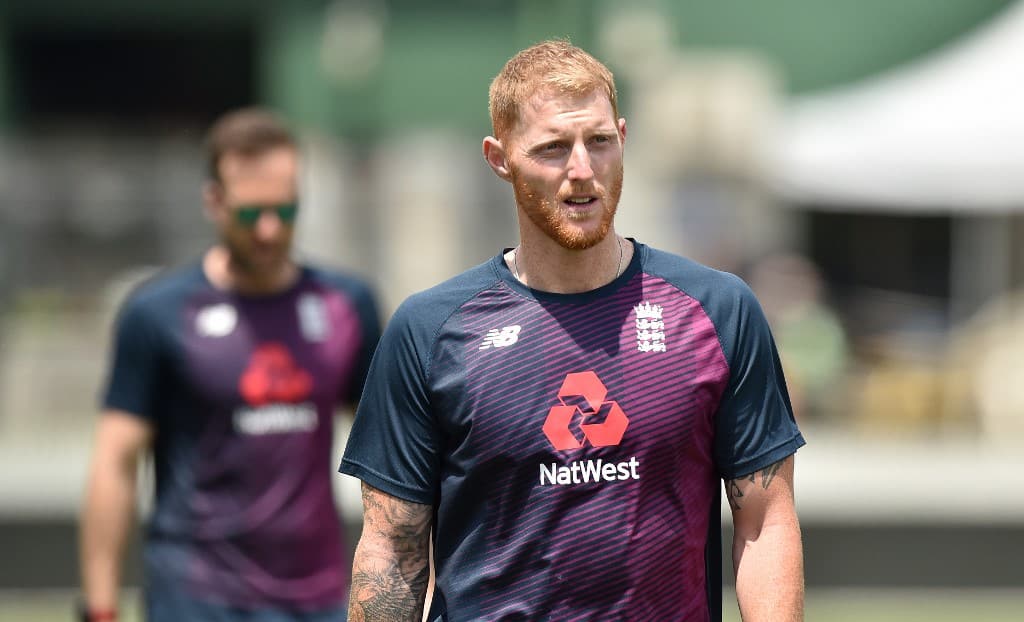 And if he wants to take up captaincy after Joe Root then it is completely upon him. You know, it is interesting – how many cricketers would have turned around their career after that incident in Bristol. There are a lot of cricketers who like to keep themselves steady, keep their noses clean and just keep performing. Do the good things and be the yes boys, as you call them in the squad and keep performing well.

SC: Monty, another major deficiency in England set-up has been the failure to produce world-class spinners. We haven’t seen any mind-boggling talent since you or Graeme Swann called it quits. What is your take on that?

Monty Panesar: England don’t need world-class spinners. We have world-class bowlers. We have the same partnership as the likes of Wasim Akram-Waqar Younis had, the same partnership Glenn McGrath-Shane Warne had. We have Jimmy Anderson and Stuart Broad. We are in a lucky position. If you look at the history of Test cricket, these two bowlers are probably going to be there as the greatest of all time. So we don’t need world-class spinners. We can afford to play an extra batter, who bowls spin – what the likes of Moeen Ali did, what Dom Bess is doing right now. And if it is a turning wicket and we need a specialist spinner then we have the likes of Jack Leach, Amar Virdi. We are very lucky to have world-class bowlers in Jimmy Anderson and Stuart Broad. 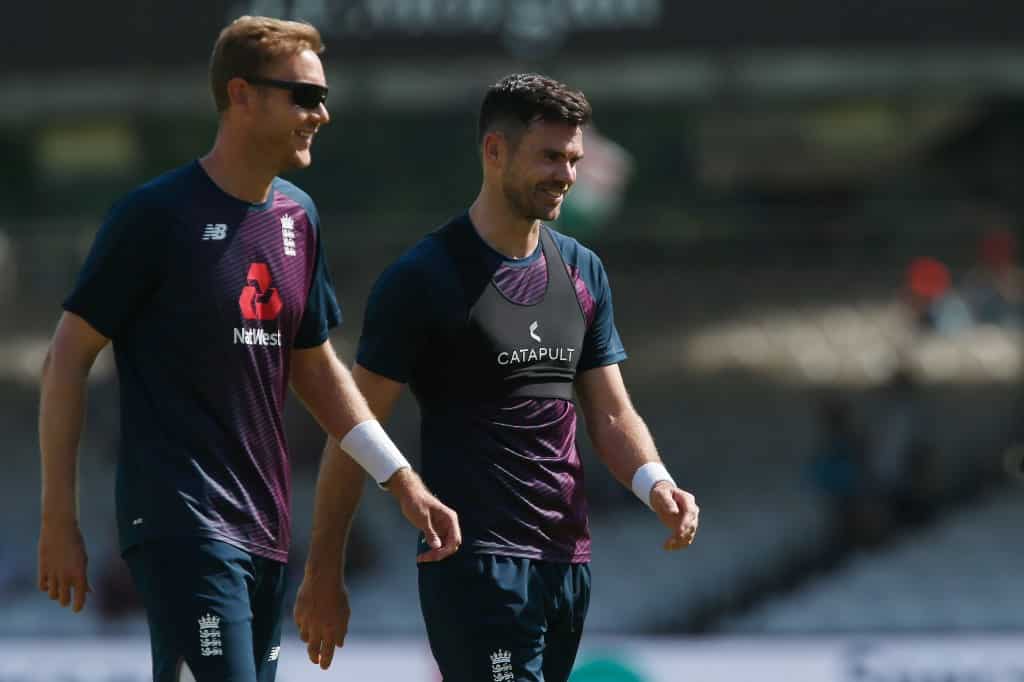 SC: When West Indies visited England in 2007, you picked up 23 wickets. What was your mindset and tactics during that series and how English spinners can replicate that kind of performance in this series?

Monty Panesar: They have to use the pace of the ball, have a good shape on the ball. And if Ben Stokes has to captain Dom Bess then give him a chance. Have a couple of men out, protect him. If he drags one short or put a bit of pace on the ball, he gets cut easily. As a spinner, when you are trying to get fingers on the ball, get that shape. In India, you don’t need to get great shape on the ball as wickets turn. You just have to land the ball and it turns. But in England, you have to get a good shape, good flight and then you have to use your fingers to get the turn and that requires a lot of energy. Dom Bess did that in South Africa, his action is changed. Harinath has done a brilliant job in identifying how to get the best out of him and you know, it is all about timing. If he gets it wrong early on then it is Ben Stokes’ job to protect him early doors, just to give him a chance to get set. 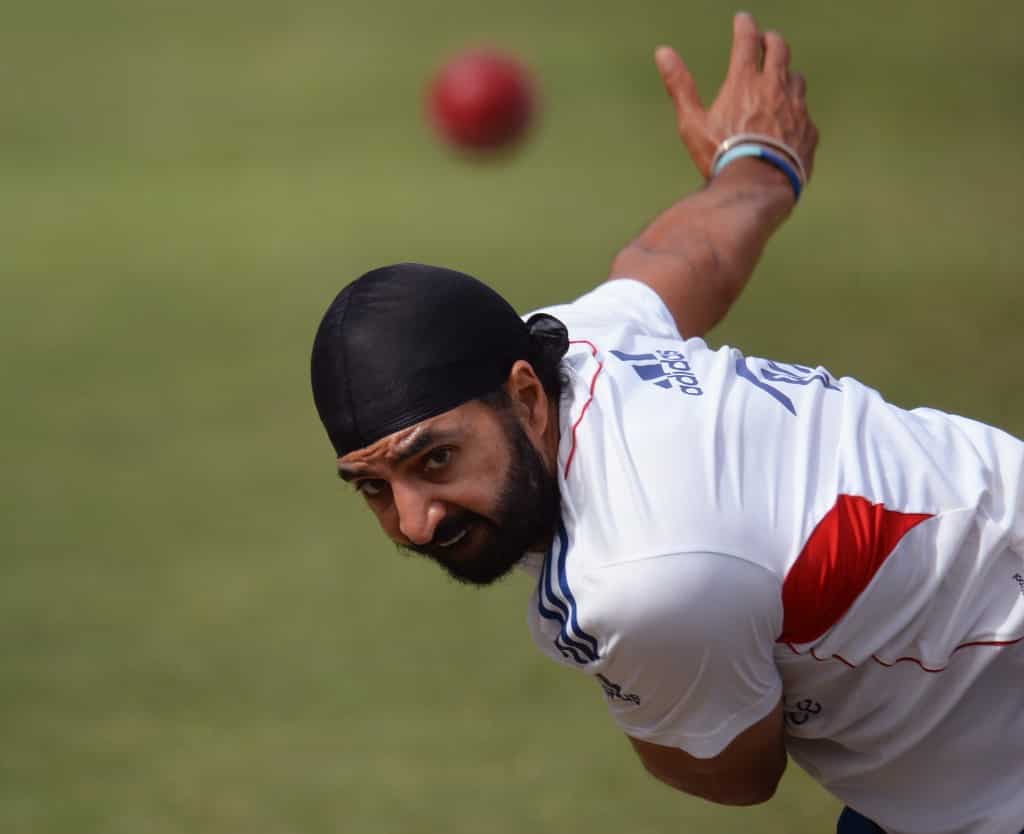 SC: And what are your thoughts on Amar Virdi. He is another spinner from the Sikh community after yourself and has really impressed in domestic circuit…

Monty Panesar: He is a good spinner. He has got a good coach in Saqlain Mushtaq, who has really helped him master that action. He is one who is not afraid to flight, to give air to the ball, trying to get shape on the ball, trying to get a batsman out. What I like about him is that he has that courage to back him. I see a lot of spinners just bowling into the pitch and bowl defensively. But he still gives that air, he is still looking to attack. But I think the ideal situation would be to play him in a turning track, on a helpful track. I have seen a lot of spinners who come through the ranks but disappear after failing early on. And you don’t want to happen. I would rather hand him a debut when conditions are in favour of him. He is a very exciting prospect. 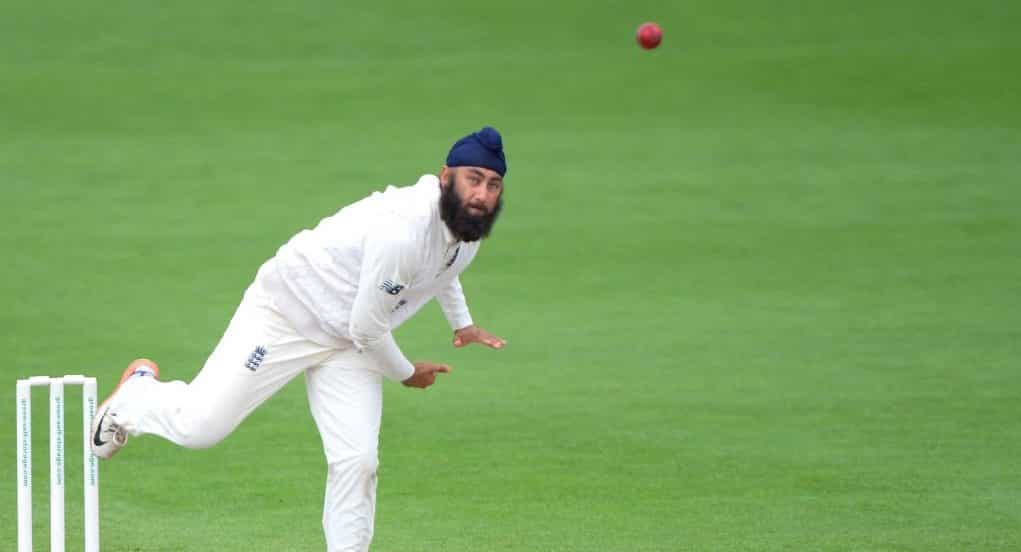 SC: One thing I wanted to ask you about is the impact of Bishan Singh Bedi on your career. Can you tell us something about how you looked up to him in your early cricketing days? 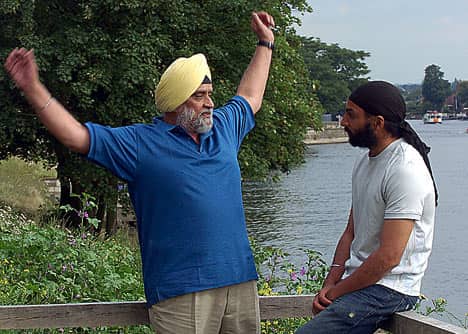 Monty Panesar: I tried to emulate as much as I could. I used to ask my Under-19 coach, ‘what is the difference between me and Sir Bishan Bedi. He just used to hang the ball in the air, with the shape of his wrist and the revolutions on the ball and the deception of the action. His action is so effortless but with so many revolutions on the ball. And when it bounces, it is slow in the air but accelerates off the pitch. You know, I got close when I was at my best but couldn’t do it all the time. That’s what makes him different from every other spinner. He was able to get that ball to hover in the air. In England, you are always fearful that if I flight the ball and don’t get enough revs, it just gets whacked for six and the captain will take me off. So you know, it is really tough to get things going from the word go. It takes a bit of time to get that ball to hang in the air with those revs.

SC: Monty, as we wrap up the interview. Who do you think will end up being the top run-scorer, highest wicket-taker in the series?
Monty Panesar: Jos Buttler for a top-run scorer and James Anderson for the highest-wicket taker. England to win the series as I really don’t see West Indies getting England out cheaply in every innings of the series.