Exclusive! Cricket takes Sri Lanka to the world, the game needs to be protected: Roshan Mahanama 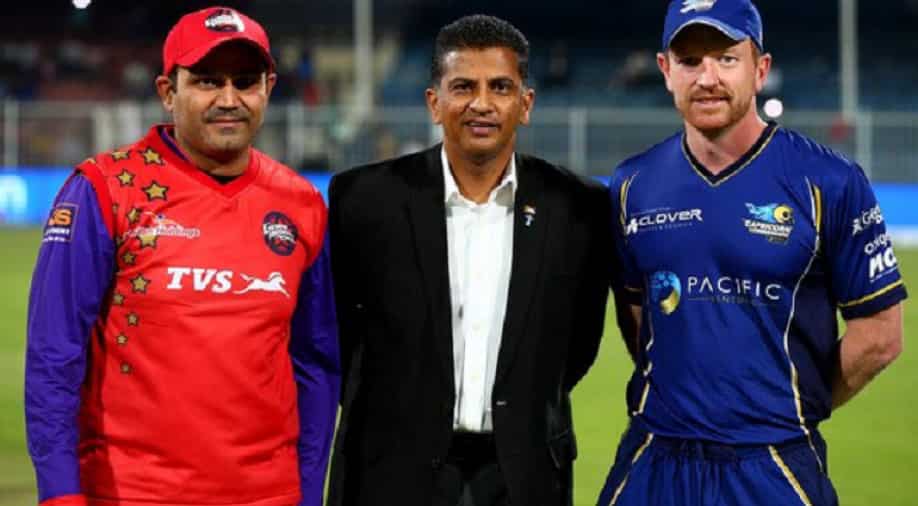 Former Sri Lanka cricketer Roshan Mahanama feels cricket has been politicised is in the nation and it needs to be protected.

Sri Lanka cricket has been struggling over the last few years as the team continues to go the downward slope in international cricket. Sri Lanka were once regarded as one of the giants of the sport and dominated limited-overs cricket for a significant period of time under Mahela Jayawardene and Kumar Sangakkara's captaincy.

They had become the third Asian team to win the ICC World Cup in 1996 when the Arjun Ranatunga-led side scripted history by beating Australia in the final at Lahore. However, Sri Lanka's cricket has endured a massive decline in the last few years with the country's cricketers often at loggerheads with the board over contracts and payments among others.

Sri Lanka Cricket (SLC) has often been in the news for all the wrong reasons of late as the team continues to underperform at major ICC events. From being one of the strongest contenders of the World Cup titles at the start of the past decade to losing their credentials at the highest level, cricket in Sri Lanka needs restructuring.

Former Sri Lanka cricketer Roshan Mahanama, who was part of the 1996 World Cup-winning team, believes cricket has been politicised in Sri Lanka and the game needs to be protected for it to prosper in the future. Regarded as one of the best match referees of all time, Mahanama is part of the advisory committee for the Sri Lankan cricket board.

"In Sri Lanka, it comes under the sports law so, after an extent, you can say that it is being politicised," Mahanama told WION.

"But people can turn around and say, they are the part of the committee right now but reluctantly I got involved purely because we were given promises that they will make certain changes for the betterment of the game and I still feel that there is a lot that needs to be done," he added.

Mahanama spoke on the sidelines of the launch of his new book - 'My Innings - Retired Hurt to the Best View of the Game'. He said the administrators of the game need to come together and work for the betterment of Sri Lankan cricket as the game gives the country global recognition.

"We do not have the authority we are only there to advise the minister and people at the cricket board but the final say lies in the hands of the administrators. I feel everyone needs to work together," said the former Sri Lanka cricketer.

"This is a game that takes Sri Lanka to the world, it creates the image of the country. Countries like South Africa, Australia and New Zealand need to promote the game but in Sri Lanka, we need to protect the game," he added.