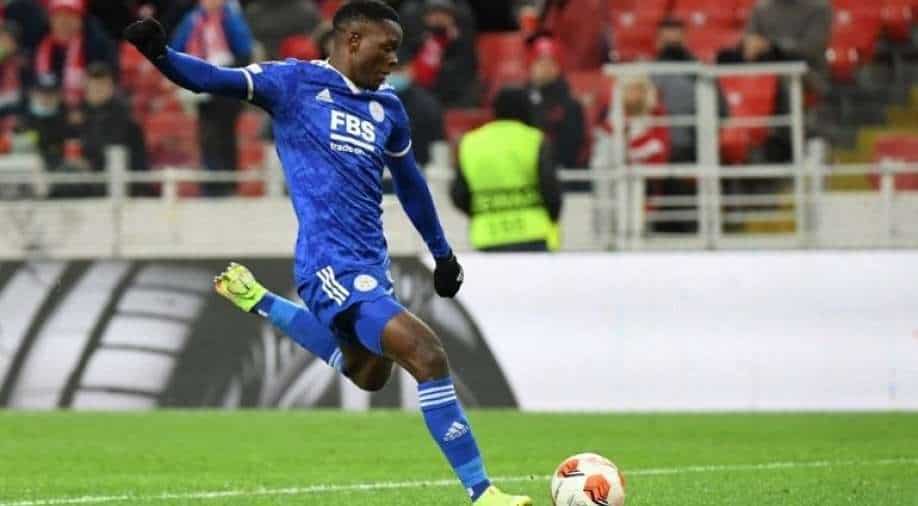 Leicester climbed to second in the standings on four points from three games, one ahead of third-placed Spartak and two behind Legia Warsaw, who visit bottom team Napoli on Thursday.

Zambian striker Daka, who scored his first goal for Leicester in Saturday`s 4-2 Premier League win over Manchester United, tore Spartak apart with clinical finishing after the home side had taken a 2-0 lead against the run of play.

A heavily-deflected shot from Aleksandr Sobolev put Spartak ahead in the 11th minute and Leicester missed several chances before Jordan Larsson added the second in the 44th thanks to good work from Victor Moses.

Daka reduced the arrears before halftime when he beat the offside trap and steered the ball past Spartak goalkeeper Aleksandr Maksimenko.

Daka levelled shortly after the break with a composed finish from Kelechi Icheanacho`s pass and he completed his hat-trick in the 54th minute.

It was a delightful goal as Youri Tielemans released Daka with a defence-splitting pass and the striker, who joined Leicester from RB Salzburg during the close season, side-footed his shot through Maksimenko`s legs.

Daka put the icing on the cake in the 79th minute with another sublime finish which was a carbon copy of the third goal, planting the ball past Maksimenko after he was put through by James Maddison.

The home side set up a tense finish after Sobolev slid in to steer a low Moses cross past Kasper Schmeichel four minutes from time but Leicester held on to secure a vital win.