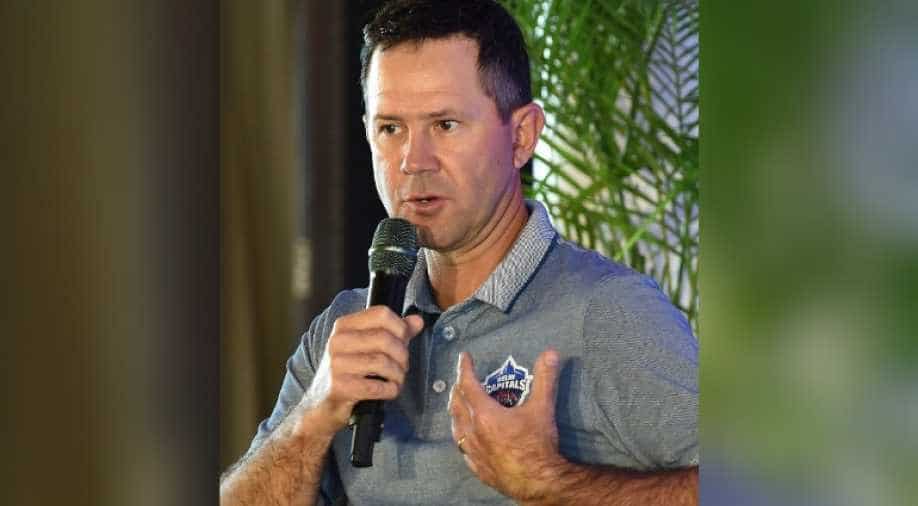 Apart from England, Ponting believes that India and Australia have a very good chance to win the cricket World Cup.

Former Australian cricketer Ricky Ponting has picked his favourites for ICC World Cup title while speaking in an exclusive interview to WION. The much-awaited tournament is scheduled to take place from May 30 to July 14.

Most of the spectators and analysts from the cricketing world have picked India, Australia, England as the title contenders. Now, Ponting has also shared his opinion on the same.

Ponting said that Australia should not get carried away after their recent away series win in India and added, "Australia are a very talented team and I expect them to reach the semis."

He reflected his view on India's chances, saying, "No need for India to panic after losing three ODI games in a row." But mentioned that India "have to sort their middle order batting" ahead of the tournament.

However, he backed England more considering their home conditions and their balanced squad. He said that the English team has got depth in the squad with in-form players.

Ponting said that he is very excited for the upcoming cricketing months but believes that it is tough to foresee the winner of the cricket's extravaganza.

Ahead of Indian Premier League 2019, Delhi Capitals head coach Ponting talked about his side's preparation and chances of winning the T20 league which will kick off from March 23.

The two-time World Cup winner Ponting said that Delhi Capitals is balanced team and has enough depth to excel.

He said, "I think we have got a very well-balanced squad."

"I think all squads end up looking good on paper. It is about how they play and how we prepare them, how we train them and how we ready them for the IPL with the difference between winning and not winning."

"I am excited with the squad and will look to play the first match," Ponting said. "Needs to have the flexibility to play different teams," he added.

Unfortunately, Delhi Capitals finished at the bottom of the points table in his first season in-charge but in the upcoming edition, they seek a change in fortunes as the franchise's new owners have changed their name from Delhi Daredevils to Delhi Capitals.

He said, "I am excited, it does feel like a really fresh start. The whole rebrand of Delhi Capitals is really exciting."

"We have got some exciting players to work with so I can not wait for the first game." He also added that the team has a balance of young and experienced players.

Delhi already has retained Shreyas Iyer, Rishabh Pant and Prithvi Shaw at the time of auction and to boost the batting unit further, they traded batsman Shikhar Dhawan from Hyderabad for Abhishek Sharma, Vijay Shankar and Shahbaz Nadeem.

DC also spend lavishly to pick South African player Colin Ingram which is a clear indication that the Delhi team has intended to strengthen their batting unit.

The bowling unit is a good balance of pace and spin. They already had retained Amit Mishra, Sandeep Lamichhane, Chris Morris, Kagiso Rabada, Trent Boult. Besides, they purchased Ishant Sharma to add more fuel to the bowling unit.

Ponting also shared his concerns about players' workload ahead of the World Cup. He said that we have built the team considering all the possible factors. Like no Australian in the squad as they won't be available for the first two weeks also will leave early.

"Our aim is to win the IPL, and if we can manage the players and the combinations well throughout the tournament, it will turn out to be a very successful season for the Capitals," he said during press conference.

"We can achieve some pretty special things this season," he added.

Delhi will play their first match on March 24 against Mumbai In Mumbai's Wankhede Stadium.