Diego Maradona to legally recognise three children he has in Cuba: Argentine lawyer 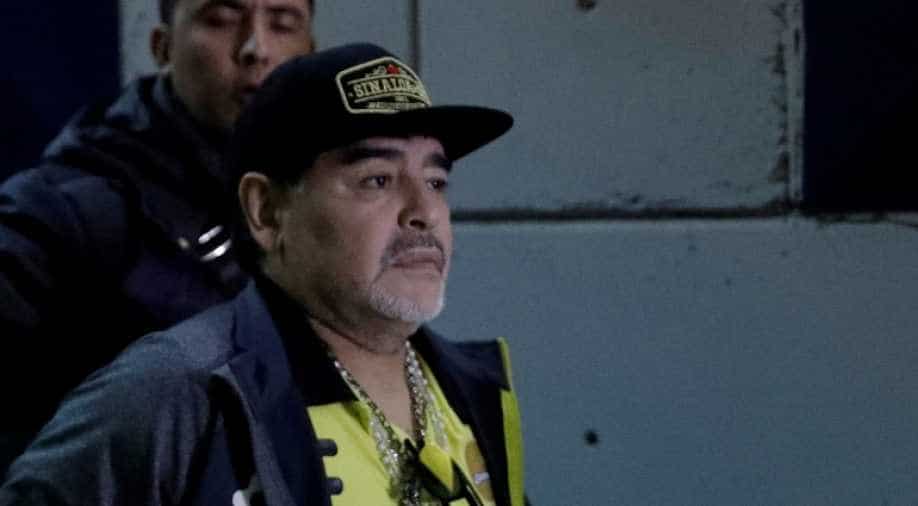 Maradona, 58, now a technical director at Mexican club Dorados de Sinaloa, has five children from other relationships with different women.

Argentina's 1986 World Cup football winning captain Diego Maradona has three children in Cuba and will travel to the country to legally recognise them, his lawyer told Argentine media.

Maradona, 58, now a technical director at Mexican club Dorados de Sinaloa, has five children from other relationships with different women.

Lawyer Matias Morla said that Maradona would travel to Cuba in the middle of the year and would do paternity tests.

"We are going to do the DNA tests. They are from different women and Diego will recognise them when he returns to Cuba," Morla told Argentine newspaper Clarín.

He said he was in contact with the children. He did not identify them.

The lawyer said that the claims were going through the Cuban legal system but that Maradona, one of the greatest football players of all time, planned to give the children his surname in the near future.

Maradona spent four years in Havana from 2000 to shake an addiction to drugs. Cuba has strict penalties for drug possession and is known in the region for deploying doctors and humanitarian aid to countries in need.

During that time, he developed an unlikely friendship with Fidel Castro, including getting a tattoo of the late Cuban revolutionary's face on his calf. Castro would call on him early in the morning to talk about politics or sports and encourage him to push toward a full recovery.

However, with no press hounding him, Maradona enjoyed Havana's night-life and frequented its best clubs. After his marriage broke up, he was frequently seen with teenage Cuban women, sometimes one on each arm.

Morla has previously said that Maradona could have more children from his time in Cuba. "I'm afraid of Cuba, I hope it's one (child) ... he was there a long time, he was single and behaved badly," he said on a television show last year.