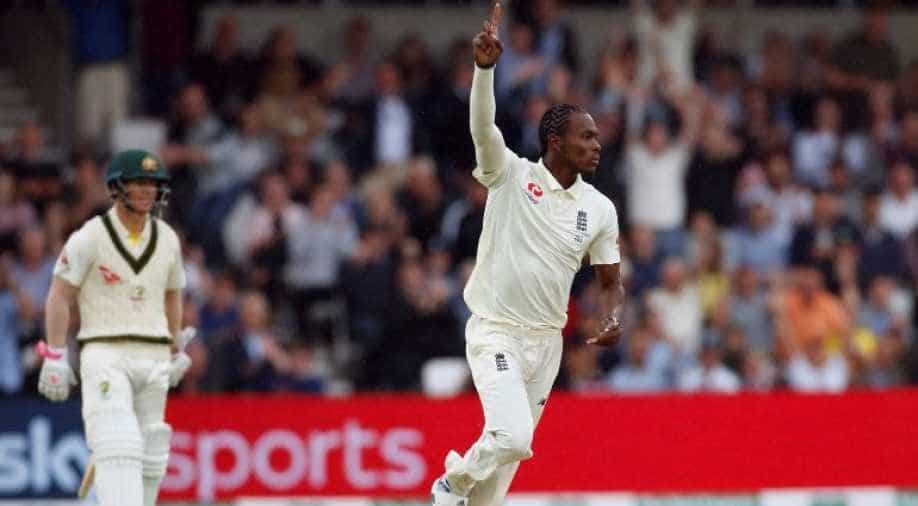 South African captain Faf du Plessis and coach Mark Boucher were understood to have approached match referee Andy Pycroft after the close of play but there was no immediate statement on what transpired.

England's Jofra Archer was no-balled and warned for a high no-ball but appeared to escape sanction for a second high delivery in a controversial end to the second day of the first Test on Friday.

South African captain Faf du Plessis and coach Mark Boucher were understood to have approached match referee Andy Pycroft after the close of play but there was no immediate statement on what transpired.

"The match referee has deferred the situation for comment to the International Cricket Council communications department. We have been asked to leave it to them," said a South African team spokesperson.

"There was a little bit of conversation going on after the game," said South African opening bowler Vernon Philander.

"The umpires have to deal with it. Hopefully they will make the right call."

Although Philander said it was a matter for the umpires he offered his own opinion.

"For me it's plain and simple. You are setting an example for the rest of the people looking into this game. You have to make the right call. Are you going to tolerate it at another game or are we going to put a stop to it right here?"

Square leg umpire Chris Gaffaney signalled no-ball when an attempted slower ball by the England fast bowler went past nightwatchman Anrich Nortje in the penultimate over of a dramatic day during which 15 wickets fell.

The next delivery also was high and full, which had Nortje falling to the turf to avoid being hit, as Archer again tried to bowl his slower "knuckle" ball.

Umpire Gaffaney appeared to start signalling another no-ball, which could have resulted in Archer not being allowed to bowl again according to International Cricket Council regulations. But he seemed to check his signal. The umpires spoke to Archer and the over was called.

England batsman Joe Denly, who was fielding at leg slip, said he was surprised that Archer had attempted two successive slower balls but said he felt the second one had "just missed the stumps".