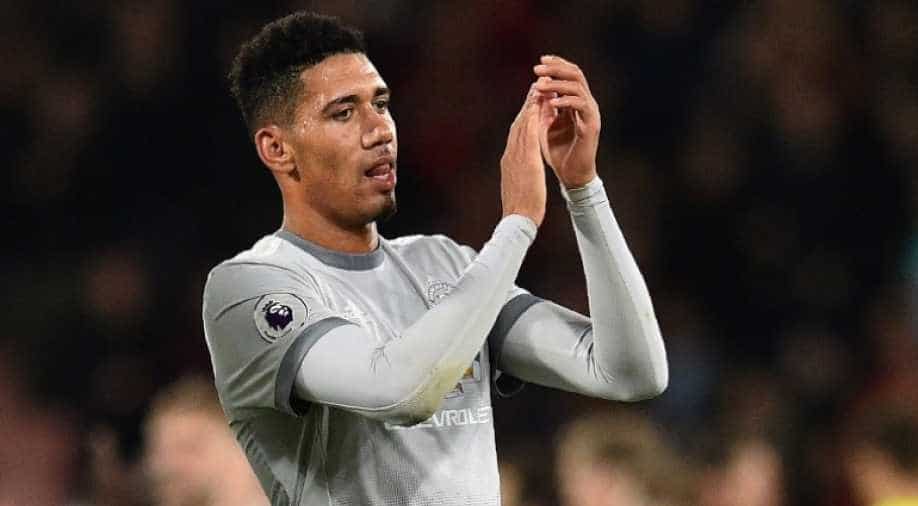 Smalling's previous deal ran out at the end of the season.

Manchester United tied down centre-back Chris Smalling to a new three-and-a-half-year contract on Saturday with an option to extend the deal for a further year.

"Manchester United is delighted to announce that Chris Smalling has signed a new contract that will keep him at the club until June 2022, with the option to extend for a further year," the club said in a statement.

"This is my ninth season with the club and I am delighted to be continuing my progression with this team," said Smalling.

"It is a real honour to play for Manchester United and we are all now concentrating on the busy schedule of games throughout the festive period."

The 29-year-old has won two Premier League titles, one FA Cup, one League Cup and the Europa League in 307 appearances since joining from Fulham in 2010.

Smalling's previous deal ran out at the end of the season.

United manager Jose Mourinho has made no secret of his desire to buy another centre-back, but welcomed the news of Smalling's stay.

"I am very happy Chris has signed a new contract," said Mourinho in a club statement.

"Chris has been with the club for a number of years and is now one of the senior players within our squad."