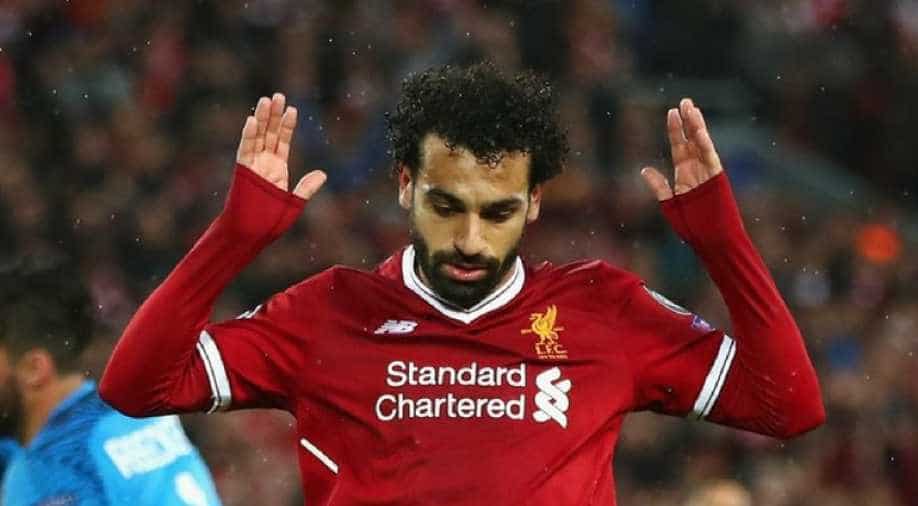 Mohamed Salah celebrates after scoring the goal against AS Roma. Photograph:( Twitter )

Liverpool blew AS Roma defence into pieces as the Reds defeated visitors 5-2 in the first leg of Champions League semi-finals on Wednesday at Anfield.

Liverpool striker Mohamed Salah struck twice in the first half to give an early 2-0 lead to Juergen Klopp's side.

Lead was then further extend by Roberto Firmino as he ripped Roma apart after the break by scoring two more goals.

Sadio Mane scored one more goal to make it 5-0 up for Liverpool but two late Roma goals, however, gave the Italians some relaxation as they tried to forfeit the deficit to some extent.

Edin Dzeko struck for the visitors in the 81st minute and four minutes later Diego Perotti converted a penalty to save some excitement for the second leg game.

As the fans would expect AS Roma to repeat the quarter-finals heroics that booted out Spanish giants FC Barcelona from the tournament when they came back from 4-1 down to beat Barca in the round of eight.

It's half-time in the tie. Another big 90 minutes in Rome await.