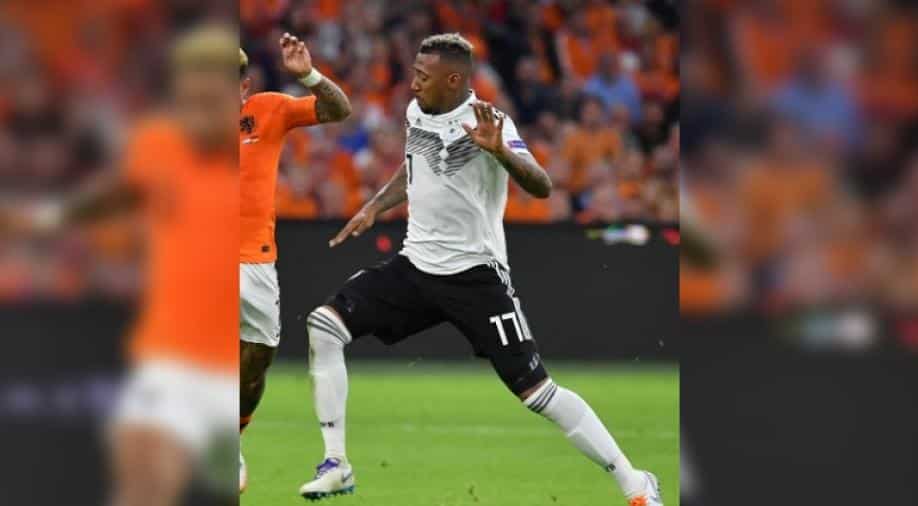 According to reports, the 31-year-old had left the city to visit his son who suffered injuries in a road accident that happened on Tuesday.

Bayern Munich's star defender Jerome Boateng was fined on leaving the city without permission. The fine was due to a breach of the strict rules of confinement imposed due to the coronavirus outbreak.

According to reports, the 31-year-old had left the city to visit his son who suffered injuries in a road accident that happened on Tuesday.

The Bundesliga champions released a statement which read: "Bayern defender Jerome Boateng left Munich yesterday without permission from the club. Boateng has transgressed the guidelines issued by the club by being too far away from his home. These guidelines govern the behaviour of the FC Bayern players in the current situation in line with government directives on restrictions on movement and the recommendations of the health authorities."

Boateng justified his actions to a local newspaper, where he said: "I know it was certainly a mistake not to inform the club of my journey, but at the time, I was only thinking about my son. He was not in good health. If a son calls his father, then, of course, I will go, whatever the time of the day."

Germany has gone under a lockdown after the coronavirus outbreak. The spread of the virus led to the suspension of Bundesliga.

Coronavirus cases in the country have risen to 57,298 and 455 people have died of the disease.