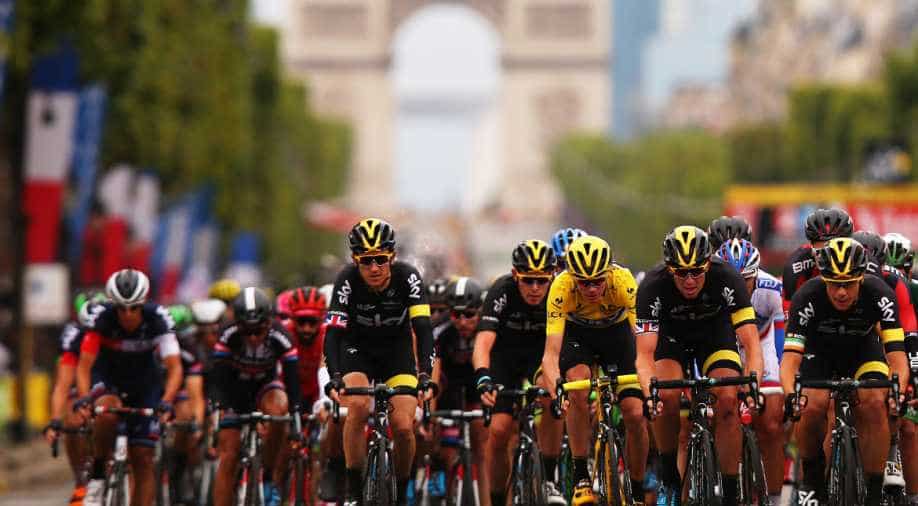 The French government was in the favour of hosting the biggest cycling event without spectators, but holding an event as the suspension of professional cycling continues is questionable.

The UCI announced that it will be extending the suspension of all cycling races until 1 June, three weeks before commencement of Tour de France due to the accelerated coronavirus outbreak across the globe.

Also read: Wimbledon canceled for 1st time since WWII because of COVID-19 pandemic

This raises a lot of questions if this year's Tour de France will take place on June 27 in Nice or be shelved like all other major sporting events. The French government was in the favour of hosting the biggest cycling event without spectators, but holding an event as the suspension of professional cycling continues is questionable.

UCI released a statement regarding the extension of the suspension of all races. The statement read: "Given the severity of the health situation throughout the world, the UCI and its stakeholders unanimously decided to prolong the suspension of cycling competitions until 1 June 2020, and until further notice."

The UCI has said that it's revised calendar will give priority to top three cycling grant tour races, i.e. the Giro d’Italia (Italy), Tour de France and Vuelta a España (Spain).

"The UCI also decided that this extension would apply to all cycling disciplines and all categories of riders. In its role of governing body of our sport, the UCI is working on a framework for the future UCI International Road Calendar, based on its exchanges with the stakeholders and giving priority to the three Grands Tours and cycling’s Monuments.

"Confirming the principle of a prolongation of the men’s and women’s road season, announced on 18 March, the UCI does not exclude the possibility of pushing back the end of the season depending on the date racing resumes, when this is known."

Tour de France director, Christian Prudhomme told a local french newspaper that his team was preparing to "adapt" to the on-going coronavirus pandemic.

Prudhomme said: "I would be lying if I said that we were not working on another hypothesis. The riders must be able to resume training at the end of April for the Tour de France to remain on these dates. But the most important thing by far is the fight against the pandemic. We will adapt according to the health situation in the country."