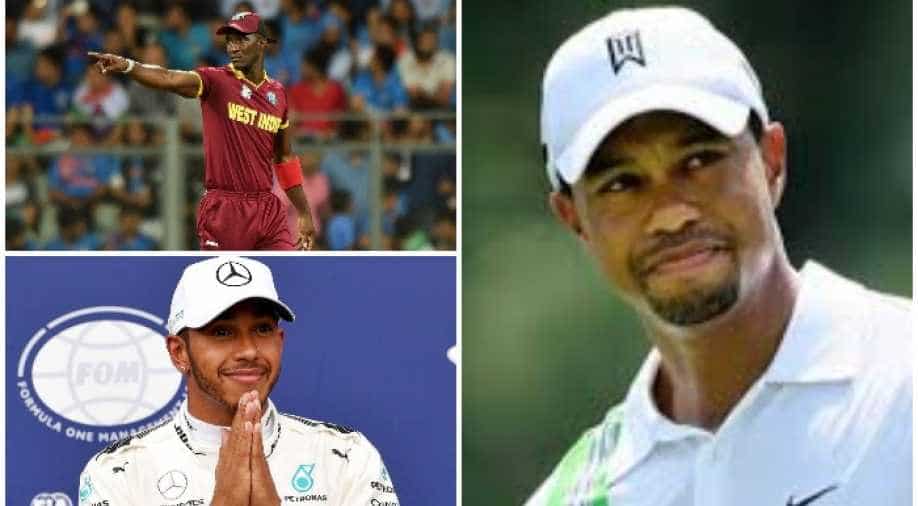 Golf legend Tiger Woods on Tuesday called George Floyd’s death a “shocking tragedy” but said violent protests and burning the neighbourhood is not the right way to protest. Not only Woods, but athletes across sports have raised their voice against Floyd’s death and racism with #BlackLivesMatter trending all over social media.

Golf legend Tiger Woods on Tuesday called George Floyd’s death a “shocking tragedy” but said violent protests and burning the neighbourhood is not the right way to protest. Not only Woods, but athletes across sports have raised their voice against Floyd’s death and racism with #BlackLivesMatter trending all over social media.

Woods, in his statement, said he had the “utmost respect” for police and recalled the 1992 Los Angeles riots where four policemen were acquitted over the beating of Rodney King.

"My heart goes out to George Floyd, his loved ones and all of us who are hurting right now," Woods said in a statement on Twitter.

"I have always had the utmost respect for our law enforcement. They train so diligently to understand how, when and where to use force.

Woods with his statement joined the wide-list of sports personalities who have raised their voice against the death of Floyd with NBA legend Michael Jordan saying he was “plain angry” and tennis sensation Coco Gauff asking: “Am I next?”

"I remember the LA riots and learned that education is the best path forward," wrote Woods, the 15-time major-winner.

"We can make our points without burning the very neighbourhoods that we live in.

"I hope that through constructive, honest conversations we can build a safer, unified society."

Even Formula One icon Lewis Hamilton joined the protest as he urged the athletes to break their silence against racism.

“I see those of you who are staying silent, some of you the biggest of stars yet you stay silent in the midst of injustice,” he wrote on Instagram. “Not a sign from anybody in my industry which of course is a white-dominated sport.

“I’m one of the only people of colour there yet I stand alone. I would have thought by now you would see why this happens and say something about it but you can’t stand alongside us. Just know I know who you are, and I see you.”

Even Premier League clubs have joined against their long-standing stance against racism as squads took a knee before their training on Tuesday. Some of the Premier League stars even changed their Twitter Display Picture completely back.

Before training at Cobham this morning, the Chelsea players and coaching staff formed the letter H, for humans, and knelt in a show of support for the #BlackLivesMatter movement. pic.twitter.com/yI6kAywa93

Even crickets like Chris Gayle, Darren Sammy, among many others have come out and protested against Floyd’s death in Minneapolis.

For too long black people have suffered. I’m all the way in St Lucia and I’m frustrated If you see me as a teammate then you see #GeorgeFloyd Can you be part of the change by showing your support. #BlackLivesMatter