Bielsa in spotlight as Leeds return to Premier League 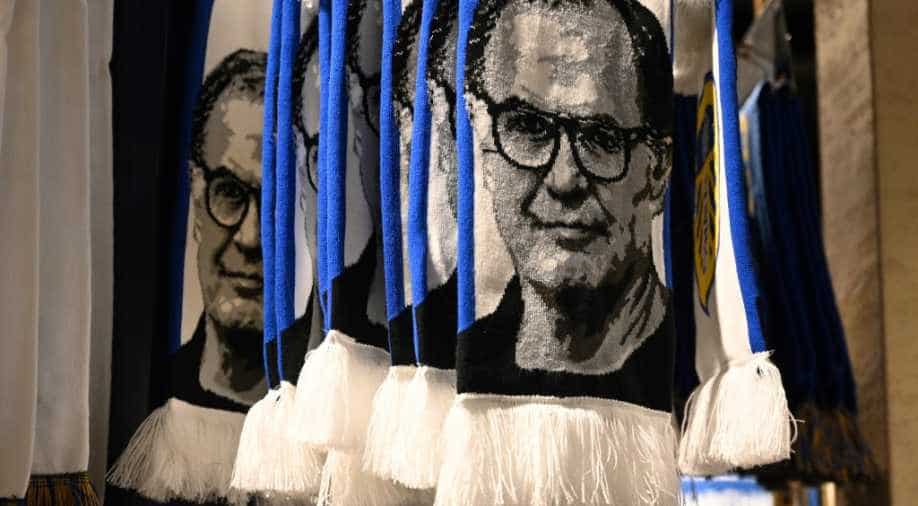 After 16 years in exile, Leeds United are counting down the hours until their return to Premier League action, with their enigmatic manager Marcelo Bielsa guaranteed to steal the limelight.

After 16 years in exile, Leeds United are counting down the hours until their return to Premier League action, with their enigmatic manager Marcelo Bielsa guaranteed to steal the limelight.

Leeds face a baptism of fire when they visit Premier League champions Liverpool on Saturday for their first top-flight match since 2004.

But the prospect of pitting his wits against Reds boss Jurgen Klopp is unlikely to fluster Bielsa, who has cult hero status at Elland Road after masterminding Leeds' return to the Premier League in his second season in charge.

The 65-year-old Argentine, nicknamed 'El Loco' for his madcap antics, has awoken the sleeping giants with a unique style of management that defies convention.

Ignoring the perks of his lucrative profession, Bielsa lives in a small flat above a sweet shop, holds his staff meetings in a coffee shop and is often seen in his local supermarket.

Bielsa, who sits on an upturned bucket while watching matches, announced his arrival at Leeds' training ground by ordering his squad to pick up their litter.

He once told them to deliberately concede a goal after they scored when an Aston Villa player was injured, and became embroiled in an infamous spying scandal after dispatching an assistant to secretly watch Derby training.

But alongside his eccentricities, the former Marseille and Athletic Bilbao coach has charisma and focus that inspire devotion from his players and staff.

Bielsa's belief in using video analysis of games was ground-breaking at the time he introduced it and is now standard at all top clubs, while his ability to develop young players is also admired by his peers.

Leeds midfielder Kalvin Phillips is the perfect example of how Bielsa's alchemy can work wonders.

Phillips was miscast as a box-to-box workhorse before Bielsa's arrival.

Bielsa felt Phillips' skill-set was better suited to a holding role and the 24-year-old -- dubbed the "Yorkshire Pirlo" by Leeds fans -- has improved so quickly that he won his first England cap on Tuesday after playing a key role in his club's promotion.

"He videos every minute of every training session, the warm-ups, the tactical stuff, and will just tell us what we need to do in specific moments," said Phillips, who is the first Leeds player to be picked by England since 2004.

"He's just amazing and relentless at what he does. He's obsessed with making the players the best that he can. I think he's done that with me in the two years."

Yet for a manager hailed by Manchester City boss Pep Guardiola as the best coach in the world, Bielsa has found major trophies hard to come by.

Just three Argentine league titles and an Olympic gold medal, while in charge of Argentina in 2004, were all he had amassed before Leeds won the second-tier Championship.

Leeds' collapse when promotion was within reach in 2019 raised renewed questions about his notoriously demanding training regime, but the critics have been silenced by last season's masterful ascent to the top tier.

While Bielsa claims he does not want to be judged by the "tyranny of trophies", his time in the Premier League could serve as a rebuttal to those who say he does not deserve to be ranked alongside Klopp, Guardiola and Jose Mourinho.

After the dark days of administration and a spell in the third tier since they were last in the Premier League, Leeds are desperate to make a big impact on their return to the top-flight.

Leeds fans last celebrated the English title in 1992, two decades after the trophy-laden Don Revie era, and Bielsa's next challenge is to make his side a force to be reckoned with again.

"People have been intrigued by Bielsa, they want him in the Premier League," former Liverpool defender Jamie Carragher told the Daily Mail.

"There's the mystique, everything about him is quirky. Even the spying stuff, I loved it. The fact he'd go to that extreme to win a game.

"You want different characters in the Premier League and he's certainly that."