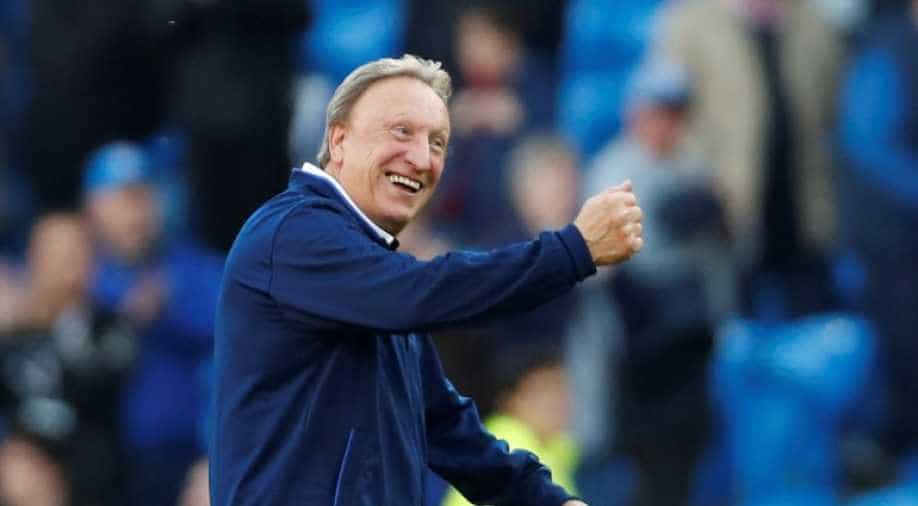 Cardiff beat Fulham 4-2 last weekend to register their first win of the campaign but facing Liverpool at home is a far more daunting prospect.

Cardiff City manager Neil Warnock said it would be "virtually impossible" for his team to beat Liverpool in the Premier League on Saturday.

Promoted Cardiff, who are 17th in the league table with one win from nine games, travel to Anfield to take on unbeaten Liverpool who are second on goal difference behind Manchester City.

Cardiff beat Fulham 4-2 last weekend to register their first win of the campaign but facing Liverpool at home is a far more daunting prospect because the Merseysiders have not lost a home league match since April 2017.

"It is virtually impossible for any team in the current game (to win at Anfield)," Warnock told a news conference on Friday.

"Their front three is probably the best front three in the world. But we're playing quite well -- I think we can cause them problems. You have to go there and believe you can."

In an ominous sign for Cardiff, Liverpool's forward line of Sadio Mane, Mohamed Salah and Roberto Firmino were all on target in their 4-0 Champions League victory over Red Star Belgrade on Wednesday.

"We all have to play to the top of our potential to give them a good game and hope they're having a bit of an off day," Warnock added.

Liverpool's biggest improvement has been at the other end of the pitch, however, where centre-back Virgil van Dijk and Brazil international goalkeeper Alisson have marshalled a defence that has kept seven clean sheets in 13 matches in all competitions.

Warnock revealed he had passed up on the chance to sign Van Dijk years before Liverpool made the Dutchman the most expensive defender in the world when they signed him from Southampton in January.

"I'm delighted (Van Dijk's) playing like he is," Warnock added. "We could have bought him at (Crystal) Palace for six million pounds ($7.7 million) but my chief scout told me he was too slow. I think he's still in a job as well."

With Liverpool skipper Jordan Henderson out with a hamstring injury, Van Dijk captained the team in their midweek Champions League win and could be in line to lead the side again on Saturday.