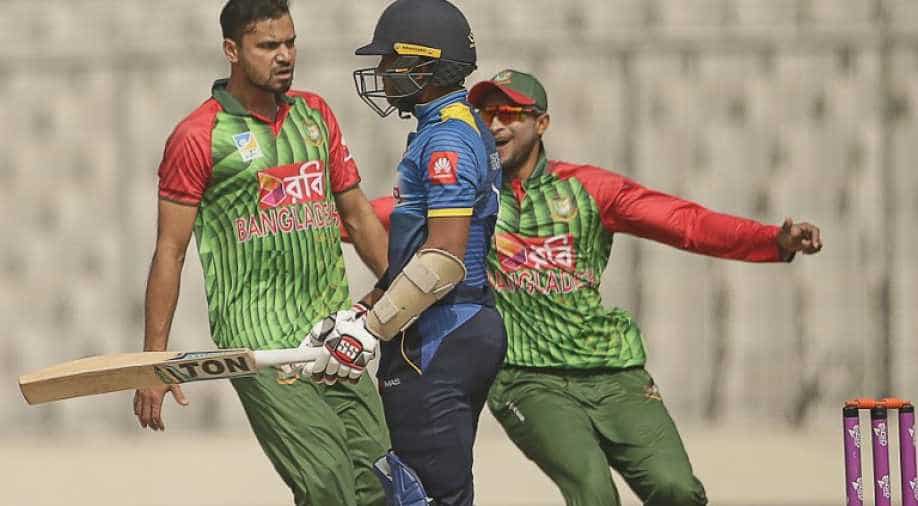 Bangladesh captain Mashrafe Mortaza was fined 20 per cent of his match fees on Sunday for aggressive behaviour during his team's loss in the tri-nation one-day international tournament final against Sri Lanka.

The incident happened in the sixth over of the Sri Lankan innings when Mortaza ran close to Mendis after the batsman's dismissal, the International Cricket Council said.

He yelled loudly and looked directly at the opener "in a manner that could have provoked an aggressive reaction," the ICC said.

The match referee also warned Sri Lankan cricketer Dhanuska Gunathilaka for a similar reaction in the sixth over of the Bangladesh innings following the dismissal of batsman Tamim Iqbal.

While it was Gunathilaka's first offence, Mortaza has been sanctioned for the second time since the introduction of a revised code in September 2016, the ICC added.

"Both the players admitted the offences," said the ICC.

Sri Lanka and Bangladesh will now play a two-Test series with the first match beginning in the port city of Chittagong on Wednesday.

The second Test is in Dhaka starting on February 8.