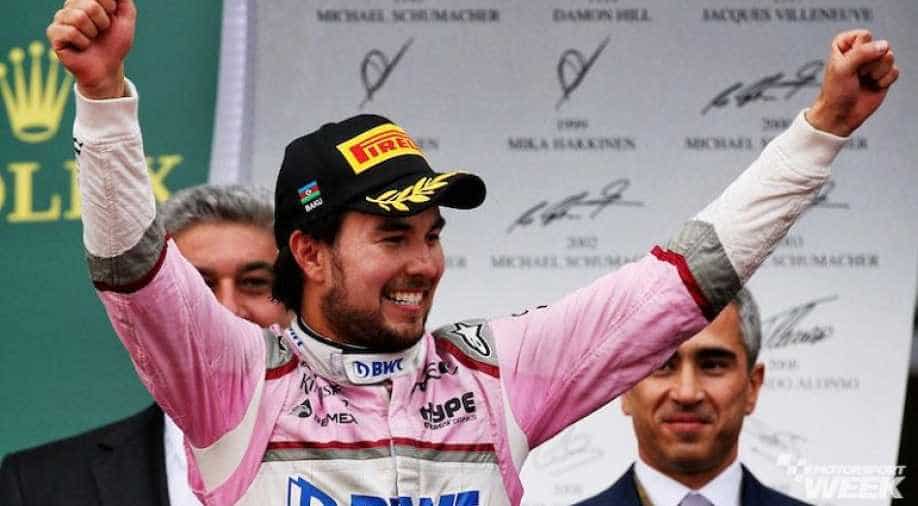 The Mexican finished third after late-race drama allowed him to climb up the order and pass Sebastian Vettel on the penultimate lap. Photograph:( Twitter )

However, Perez could lose his podium place after the FIA race stewards summoned the Force India driver over an alleged DRS breach.

Never give up! Damage on lap 1, a penalty, and coming home with a podium still! What a race @SChecoPerez! Unlucky Sunday for @OconEsteban who was sent into the wall on lap 1. #AzerbaijanGP pic.twitter.com/aiNaEMQps7

The Mexican finished third after late-race drama allowed him to climb up the order and pass Sebastian Vettel on the penultimate lap.

It's Perez's seventh career podium and his second in Baku. However he risks losing it after two alleged illegal uses of DRS at 16.53 and 16.55 – which would have been during the middle part of the grand prix.

Lance Stroll and Kevin Magnussen also face similar investigations. However they could escape a penalty as the FIA reported during the race that its system had failed and drivers were therefore required to manually activate DRS.

Perez was handed a five-second time penalty during the race for passing before the safety car line at the first restart – which he served during the race.