Australian Open: Rafa through to second round 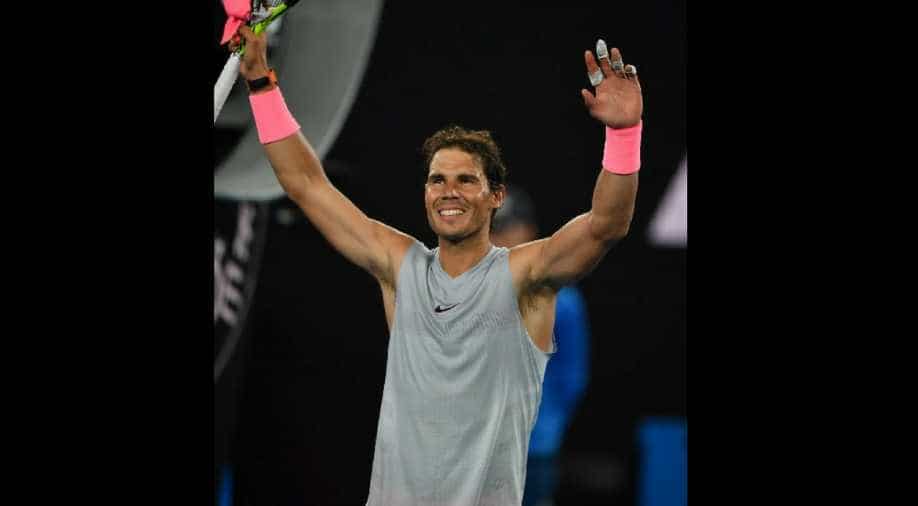 Rafael Nadal thrashed Victor Estrella Burgos, 6-1, 6-1, 6-1 to qualify for the second round of the Australian Open on Monday on Rod Laver Arena.

He will play Leonardo Mayer of Argentina in the next round.

"I'm very happy to be back, it's a very important beginning for me. It's good news for me," said Rafa.

"I want to enjoy every moment I'm here on this court," he added.

Long may we see @RafaelNadal on Rod Laver Arena!

The World No.1 speaks after progressing through to the second round. #AusOpen pic.twitter.com/F9YaRO1XZV

In 94 minutes long game, the Spaniard left no chance to outplay Victor Estrella Burgos, with eight service breaks and 28 winners.

Rafa wore no strapping on his knee and appeared in full power and there were no signs of injury to be seen.

He had suffered a knee injury in the past and also missed the scheduled warm-up matches in Brisbane. He even expressed doubts about his fitness just ahead of the first Grand Slam of the year.

Nadal needs to reach the quarter-finals to be certain of retaining his world number one ranking.