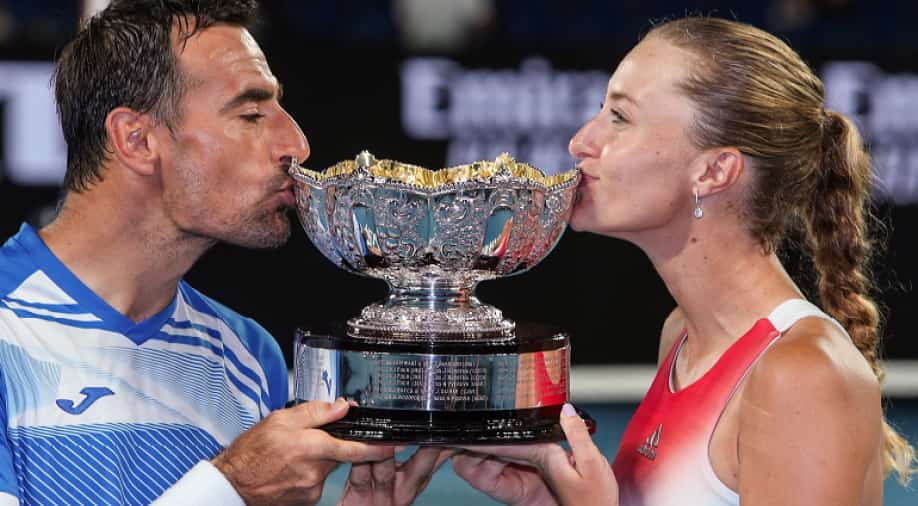 Playing under a closed roof on Rod Laver Arena due to rain, Mladenovic and Dodig got off to a solid start, securing a vital break at 4-3 before closing out the set after some big serving from the Frenchwoman.

The Australian wildcard pairing were broken again early in the second set as Dodig`s exquisite play at the net proved too good for Fourlis on serve. The 22-year-old, however, made amends right away and forced Dodig into an error to get the break back and level at 2-2.

Momentum swung back quickly to Mladenovic and Dodig, however, and they secured another break before a fine angled volley from Mladenovic gave the fifth-seeded pair their first Grand Slam title together.

It was a third Grand Slam mixed doubles title for Mladenovic, while Dodig now has four.

"We texted each other many times to play mixed. What a way to end our first time playing together," said Mladenovic, who last won the mixed doubles at the Australian Open with Daniel Nestor in 2014.

"I didn`t play mixed for a long time. To partner with Ivan... he`s an amazing singles player, in my opinion. Now he`s showing his skills all around the court in doubles."

Dodig, who partnered Filip Polasek to clinch the men`s doubles last year, said their styles suited each other.

"I had the experience of playing with a couple of different partners. (Kristina) is playing very good from deuce, very good forehand. A little bit easier for me to adapt to her game. I think we are just a great match together," said the 37-year-old.