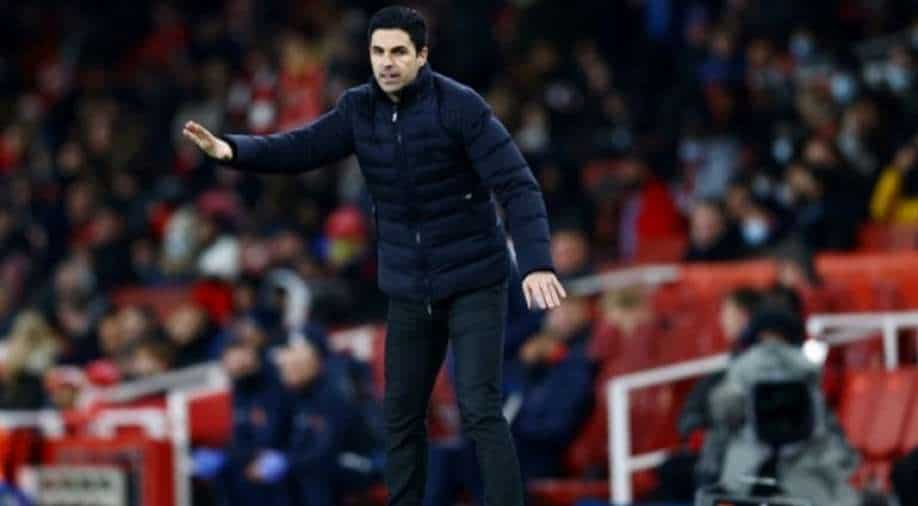 Arsenal manager Mikel Arteta will sit out Saturday's Premier League game at home to Manchester City after testing positive for COVID-19, the club said on Wednesday.

Arsenal are fourth in the table on 35 points after 19 games, 12 points behind leaders City.

"Mikel is isolating in line with Government guidelines and we wish him well," Arsenal said in a statement.

🚨 Mikel Arteta will miss our match against Manchester City on New Year’s Day, after testing positive for COVID-19

Arteta previously tested positive in March 2020, shortly before the pandemic forced the Premier League to shut down for more than three months.

A record 103 positive COVID-19 cases were found among players and staff in the Premier League over the past week following a raft of fixture postponements during the busy festive period.

Britain reported a record 129,471 new cases of COVID-19 on Tuesday as it battles a surge in infections fuelled by the Omicron variant.