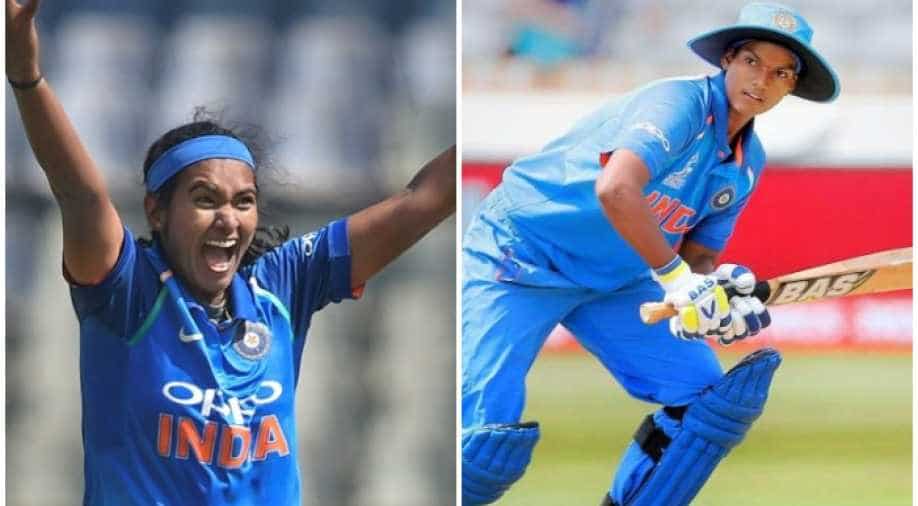 Shikha and Deepti’s names have been suggested for this year’s prestigious Arjuna Awards by the Board of Control for Cricket in India’s (BCCI) Cricket Operations team.

Team India’s performance in the ICC Women’s T20 World Cup was praised by all even though the Women in Blue came just short and finished with a runner’s up medal.  Players like Shafali Verma, Poonam Yadav, Shikha Pandey and Deepti Sharma were some who stood out in Team India’s journey to the final. And Shikha and Deepti’s names have been suggested for this year’s prestigious Arjuna Awards by the Board of Control for Cricket in India’s (BCCI) Cricket Operations team.

Shikha and Deepti’s consistent run of form since 2019 has reaped rewards and their performances have helped their names being forwarded to the office-bearers for the recommendation for the Arjuna Awards.

ALSO READ: CSK reject playing IPL 2020 with only Indian players, says it will be similar to Syed Mushtaq Ali Trophy

“Yes, the office-bearers were given the names of Shikha and Deepti by the cricket operations team for not just their brilliant show in the World T20 in Australia where we finished as runners-up, but also for their consistent showing in the last season. These two names have been forwarded to the office-bearers and are likely to be forwarded to the ministry for the Arjuna Awards once they approve,” a source close to the development was quoted as saying in media reports.

Shikha scalped seven wickets from five matches with the best figures of 3/14 in the ICC Women’s T20 World Cup. Whereas Deepti played an all-round role while being instrumental with both bat and ball and finished the showpiece event with 116 under her belt.

Furthermore, Shikha is also a part of the Indian Air Force. “I’ve done engineering, and I’m an officer in the Indian Air Force. I joined the Air Force in 2012, and I took my training as well, and now I happen to be a flying officer, ATC officer. Then in 2014, I debuted for the Indian cricket team,” Shikha had revealed during the World T20.

The Sports Ministry on May 5 invited nominations for 2020 National Sports Awards including the Rajiv Gandhi Khel Ratna Award and Arjuna Award. Amid the COVID-19 outbreak, the ministry had asked for nominations to be sent via e-mail.

The process, which usually starts in April, has been delayed due to the pandemic. “Due to lockdown on account of the outbreak of COVID-19, hard copies of nominations are not required to be sent. Scanned copies of the nominations duly signed by the applicant/recommending authority may be sent at above-mentioned email ids, before the last date of submission,” said the ministry in its circular.

The ministry has given a deadline of June 3 to file the nominations.