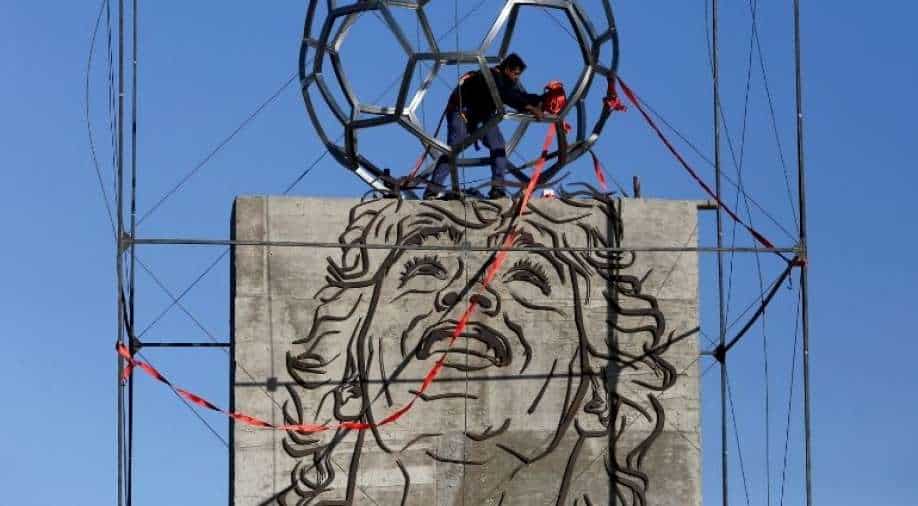 Diego Maradona died on November 20 last year from a heart attack. He led Argentina to triumph in the 1986 World Cup.

Argentine football is gearing up for a weekend of celebrations to mark the birthday of late soccer star Diego Maradona, with matches across the country being paused and clubs and fans dressing to remember the controversial superstar.

The former Boca Juniors, Napoli and Barcelona player died on Nov. 20 last year from a heart attack. His death was widely mourned in Argentina, which he led to triumph in the 1986 World Cup.

"Today, 61 years since his birth, his memory is more present than ever," the Argentine Football Association wrote. "Because Diego is eternal."

The AFA has told all professional clubs that players are to take the field wearing T-shirts with Maradona`s picture on the front and team captains are to wear a blue and white armband – Argentina’s national colours - with his silhouette on it.

All matches – including amateur and children`s matches - have been told to pause after 10 minutes for a minute’s applause.

The association hopes 1,000 games will be affected across the South American nation and asked fans to take pictures and upload them using the hashtag #1000PartidosPorEl10, or "1000 Matches for the 10".

"Diego is in the hearts of all Argentines," it said. "Don`t miss out."

The first tributes took place in Friday night’s league matches with billboards outside stadiums showing pictures of the star.

A drone carrying a replica of Maradona`s No. 10 Argentina shirt flew over the stadium where Racing lost at home to Defensa y Justicia.

Songs recorded in tribute to Maradona were played as fans cheered and sang along.