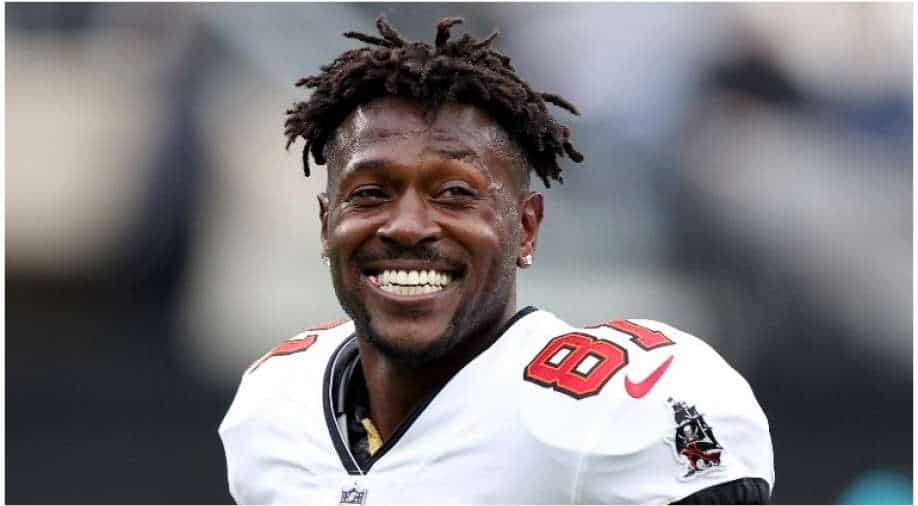 Videos of Brown's unceremonious exit left many shocked and the head coach Bruce Arians has revealed that the former's stay at Tampa Bay Buccaneers is now over.

A lot of drama unfolded in Sunday's (January 2) encounter between the Tampa Bay Buccaneers and New York Jets. While the match was a topsy-turvy ride which saw Tampa Bay emerge on top by 28-24, Bucs receiver Antonio Brown made heads turn as he removed his jersey and walked away from his team during the clash. Videos of Brown's unceremonious exit left many shocked and the head coach Bruce Arians has revealed that the former's stay at Tampa Bay Buccaneers is now over.

"He is no longer a Buc, alright? That's the end of the story," head coach Bruce Arians said in a postgame interview.
Bucs quarterback Tom Brady told reporters after the game the incident was "obviously a difficult situation."

"We all love him and care about him deeply," Brady said, adding their relationship goes beyond being teammates. "I think everyone should be compassionate and empathetic toward some very difficult things that are happening."

For the unversed, the 33-year-old Brown was visibly upset (details are still not known) and started to remove his jersey and pads even though his teammates urged with him to stay. He was throwing his undershirt into the stands as he made his way into the stadium's tunnel along with waving a peace sign.

The incident comes weeks after the star athlete Brown had revealed that he was suspended in December, 2021 for three games without pay. After his remarks, a league investigation pointed out that he had not followed Covid-19 protocols and, thus, had to pay the price. In a news release, the NFL had stated that there were proofs that Brown and two other teammates had "misrepresented their vaccination status." Apart from Brown, the other two players were Buccaneers safety Mike Edwards and free agent wide receiver John Franklin III.