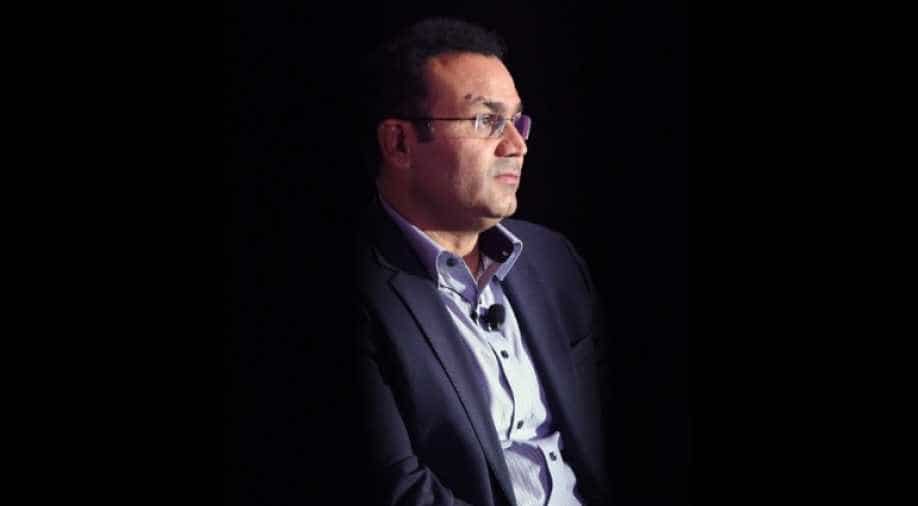 Virender Sehwag said Anil Kumble has the ability to boost confidence of the players.

Former Indian cricketer Virender Sehwag on Wednesday said that Anil Kumble was the perfect candidate to become a national selector.

Sehwag said Kumble has the ability to boost confidence of the players. "When Anil Kumble became the captain, he came to my room and said 'go and play how you play as in the next two series you won't be dropped'. That kind of confidence he gave... I think he is the right person ," Sehwag said.

Kumble, who is now the chairman of the ICC Cricket Committee, was the Team India coach between 2016 and 2017. He stepped down from that role after India lost to Pakistan in Champions Trophy.

The current selection committee is led by MSK Prasad, however, the panel has been criticised for it being lightweight.

Talking at a public event, Sehwag also said that he finds it difficult to comprehend with conflict of interest rules.

When asked about Sreesanth's ban being reduced to seven years, Sehwag said he wants to see him play for some state or club.

On Tuesday, Sreesanth's life ban for his alleged involvement in the spot-fixing scandal was reduced to seven years by BCCI Ombudsman Justice (retired) DK Jain.

Sreesanth was banned by the BCCI for a lifetime in August 2013 along with his Rajasthan Royals teammates Ajit Chandila and Ankeet Chavan for indulging in alleged spot-fixing in the Indian Premier League (IPL) that year.

ENG vs WI 2nd Test: England to back Buttler, but Denly in the firing line