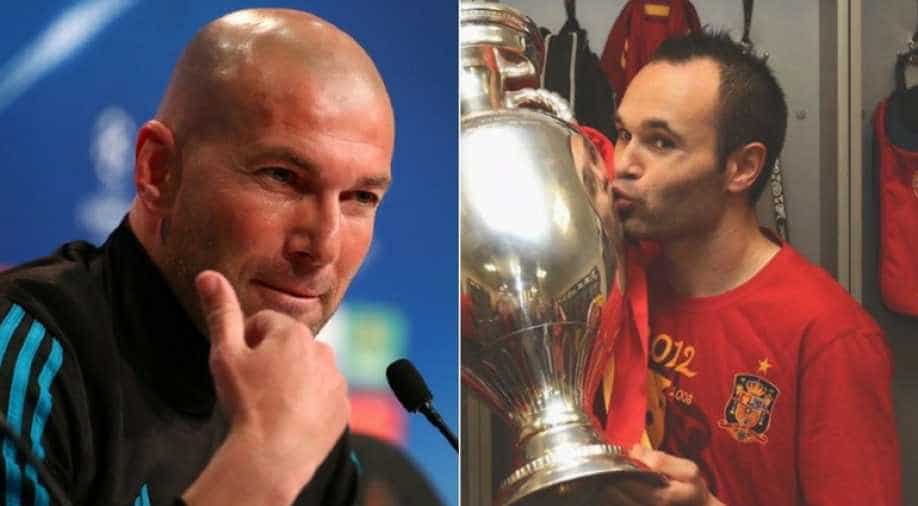 Real Madrid boss Zinedine Zidane praised Barcelona captain&nbspAndres Iniesta when he announced to leave FC Barcelona at the end of the season.

Barcelona captain Iniesta has spent all of his senior career at Camp Nou and has lifted 31 trophies and it is expected that the count will increase to 32 as Barca will clinch the Liga title on Sunday at Deportivo La Coruna.

In a recent media interaction, Zidane said that Iniesta deserved to win the Ballon d'Or in 2010 when Spain won the World Cup.

In the finals, Iniesta scored the only goal when they beat the Netherlands to lift the trophy for the first time.