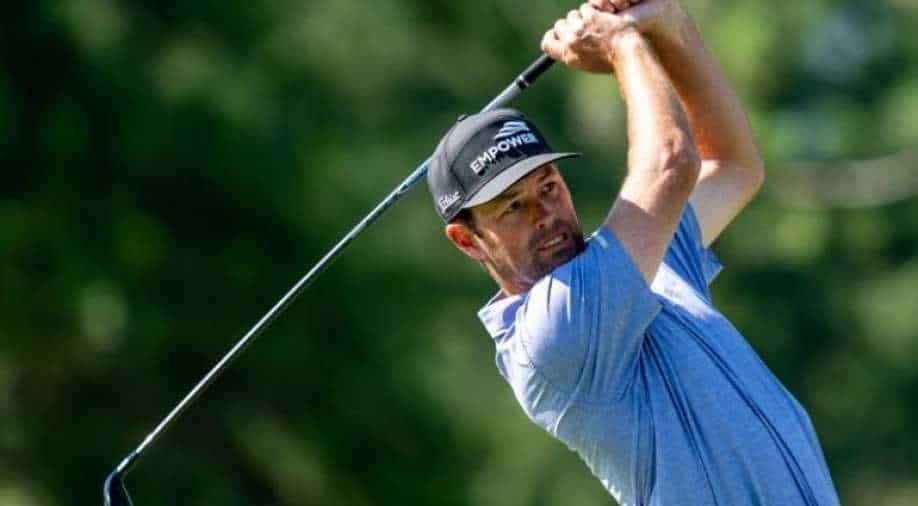 "There's still a lot of golf left, still got to go play and we'll see what happens."

Robert Streb overcame gusting winds to fire a spotless nine-under 63 to grab a two stroke lead after the second round of the RSM Classic on Friday.

The 33-year-old American, who is gunning for his second win on the PGA Tour, birdied nine holes including his last two to sit 14-under par heading into the weekend, with overnight co-leader Camilo Villegas of Columbia lurking two back.

Streb tied his career-low round on the Plantation Course on Friday and even though the last four winners of the tournament have held the 36-hole lead, he said he did not want to get ahead of himself.

"I don't want to be the one that breaks the streak," he said.

"There's still a lot of golf left, still got to go play and we'll see what happens."

Four-time PGA Tour winner Villegas hit a daring approach shot on his final hole and then coolly converted an eagle putt to follow up his opening round 64 with a solid 66.

"I got a little lucky to be honest," he said of his eagle on the par-five 18th.

"I pushed my drive, it bounced on the cart path. I only had a nine iron so I was able to be a little more aggressive to the pin."

Bronson Burgoon jumped up the leaderboard behind a bogey-free 63 and is three strokes off the lead alongside fellow American Patton Kizzire.

Burgoon has seen disappointing results recently but said the adjustments he made to his game are starting to pay off.

"It's been a struggle for a while," he said.

"I made some changes that I felt like I needed to make to be able to compete out here.

"So for the last six, seven months it's been pretty frustrating, but I'm working towards something and I'm looking forward to the rest of the year and next year."